The Kwikset Kevo Bluetooth-enabled door lock is the kind of tech that reminds us that we're living in the future. With one of these installed in your home, you can get inside just by tapping a finger against the lock. Before you panic, this only works if your phone is in range and on the right side of door (i.e. the outside).

The product first hit the market over a year ago, but it only supported iOS. The developers didn't want to exclude Android—the platform just wasn't ready. To get things to work, they relied on Bluetooth Smart, which Android has only now started to properly support with the release of Lollipop.

UniKey quickly pushed out a private beta in early November where people running 5.0 could test things out. Now the beta is going public, and the companion app is available in the Play Store for all to see. It gives you the ability to send out eKeys to friends so that they can temporarily enter your home using their phone as well, and it provides a log of all the times this has happened. The interface should fit in nicely on a Nexus device. 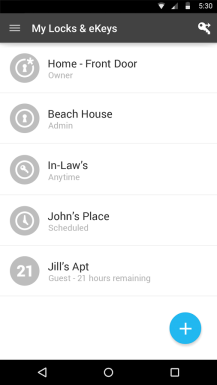 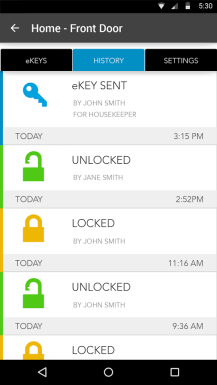 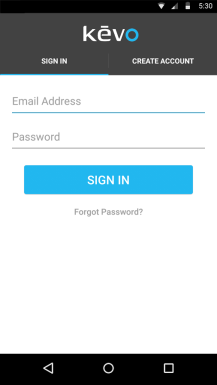 There are no shortage of obstacles standing between you and this app. First you need the hardware, which is rather pricey, but not as expensive as the house you need to own in order to install it. Then you need a device running Android Lollipop, with the Play Store specifically pointing out the Nexus 6 and the Nexus 9. But if you can make it through these hoops, by all means, proceed into the Play Store via the entrance below. 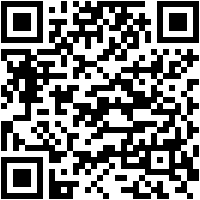 Android L customers can now download and use the beta Kevo app to experience Kevo, while Kwikset continues to enhance the performance and functionality of the official app. Android L devices are the first from Android that fully support Bluetooth® Smart peripheral mode, which is needed for Kevo compatibility. Bluetooth Smart technology ensures a low energy, seamless connection from the Kevo deadbolt to authorized devices. Since Kevo's launch, Kwikset and technology partner, UniKey Technologies, Inc., have worked to develop a compatible app that gives Android users the complete smart lock experience.

Through customer feedback to the beta experience, Kwikset will be able to implement all Kevo app features for the official Android app launch.

"As more devices become Bluetooth Smart compatible, Kwikset is committed to giving all consumers the chance to enjoy Kevo's convenience and ability to manage home security from their smartphones," said Williamson.