Grand Theft Auto: Chinatown Wars, perhaps surprisingly, began its life on a Nintendo platform: the original DS. Over half a year later, a version made its way over to the PlayStation Portable, and an iOS version appeared only a couple of months after that. Since then, nearly five years have passed, and Rockstar is finally sharing the game with the millions of Android users roaming the globe. The title can now be found in the Play Store. 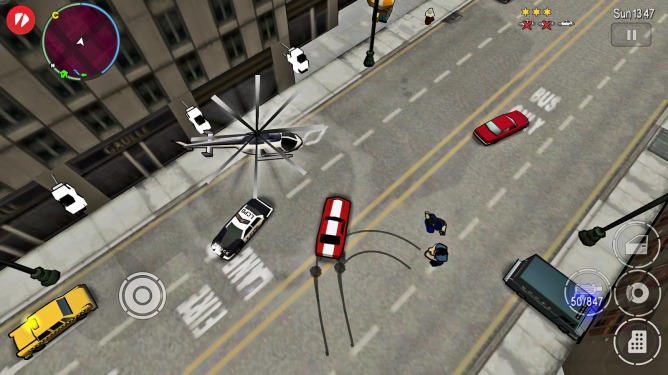 Given the limitations of Chinatown Wars' original platform, the game hearkens back to the top-down view of the first two entries in the series. It's also the one installment to adopt cel-shared, cartoony visuals.

But let's move on to the good stuff. This GTA port is playable on Android TV. On other devices, the touchscreen controls are customizable, and the game supports both Bluetooth and USB gamepads (assuming your device actually has a USB port). You can experience the action in English, French, German, Italian, Japanese, and Spanish.

The full game goes for $4.99. And no, there are no in-app purchases. What do you think, it's trying to rob you?