Version 1.2 of the IFTTT Android app has appeared on Google Play, and its developers have touched up the visuals a bit. We're not talking a big redesign here, but sometimes that's a good thing. Here the UI for tweaking recipes has changed ever so slightly. You can see the difference below. 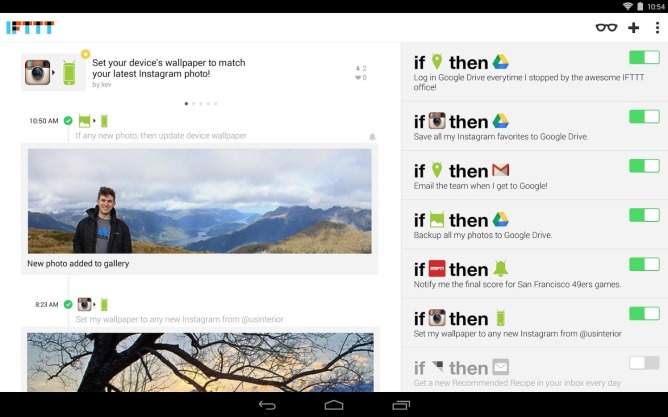 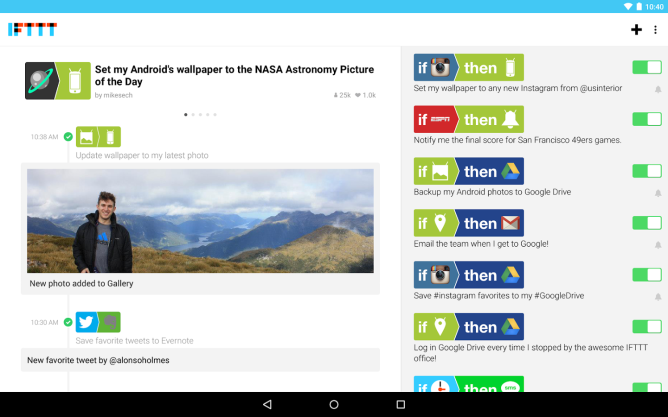 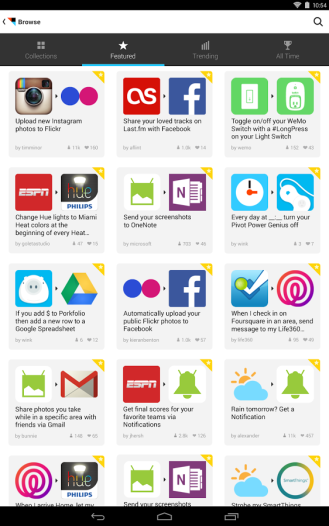 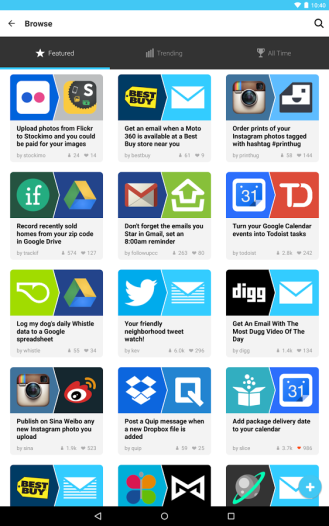 The enhancements aren't just surface level. The team says it has improved recipe syncing as well. They've also added a plethora of new channels. The list includes: Bttn, Dailymotion, FollowUpcc, Garageio, Harmony, Homeboy, Kato.im, ORBneXt, Printhug, Quip, Rachio Iro, ShopYourWay, Sina Weibo, Slice, Smappee, Stockimo, Todoist, TrackIf, Ubi, and Whistle. So if you're a regular user of any of these, have fun cooking up all sorts of new configurations.

Amazon Pushes A Big Update To The Fire Phone, But You Probably Still Won't Buy One