Guys, the smartphone world is getting crazy. Phones just seem to keep growing, and Blu's Studio 7.0 is the biggest I've seen yet. Before we get into the meat and potatoes of what this massive phone is all about, I want to get one thing out of the way: this is not a tablet with telephone capabilities. Stylistically and functionally, the Studio 7.0 is a massive smartphone through and through.

I think the real appeal of the Studio 7 (you know, for those who are actually looking for a 7-inch smartphone), is the price: this oversized handset only costs $150. Of course, you get $150 worth of hardware, as well; but let's be honest here - this isn't for the average user. This device is for someone looking to get the functionality of both a tablet and a phone in one device. This phone offers features to users on a budget that they may not be able to otherwise afford. It's not for power users. It's not for you or me. It's for the tween who wants something more than just a smartphone, the non-tech friend who is looking to get a lot of bang for their buck, or anyone who just wants a really, really big phone for cheap. 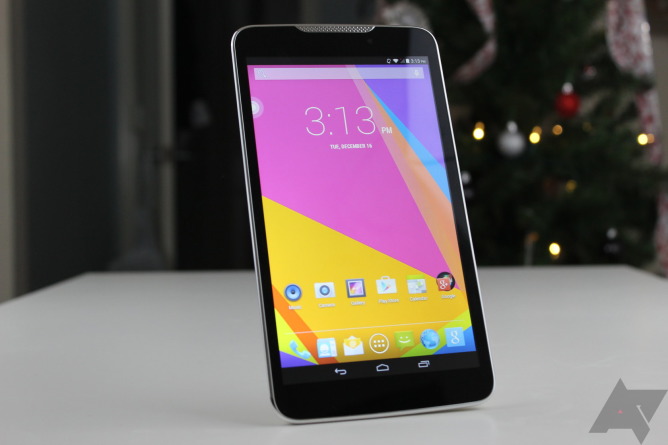 Naturally, to offer a phone of this size at this price, sacrifices are going to have to be made. That's just how it is. One look at the hardware and you can kind of guess what to expect here:

Right out of the gate, the biggest downside of this phone is clear: the display resolution is just too low. All things considered (read: price), it's not terrible, but I really would have liked at least a 1280x800 display present. 1024x600 just isn't becoming on, well, anything; much less a seven-inch panel. Resolution aside, the viewing angles are also pretty awful on the S7.0 - pretty typical for a low-end panel. That said, the user who's going to buy this phone probably isn't going to complain too much about the low-end display. 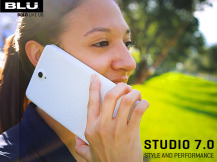 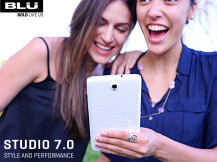 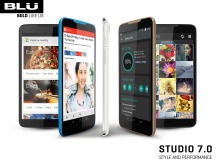 Aside from the display, the S7 is a surprisingly capable device. During my use, Android 4.4 chugged along nicely on the seemingly limited hardware, and everything stayed much smoother than I expected. I'm always surprised at how well KitKat runs on the hardware it's given, and I'm going to be bluntly honest here: this phone wouldn't do very well with Lollipop. I actually hope it stays where it is, because I think KitKat is the best thing for phones like this. Jelly Bean wasn't optimized as well for limited hardware, and Lollipop does't handle limitations all that well, either (in my experience, anyway). Unless Google does a few more tweaks to push 5.0 a little harder and faster on low-end hardware, KitKat is where it's at for now. But again, users who pick this phone up probably aren't really going to be concerned with having the latest version of Android. 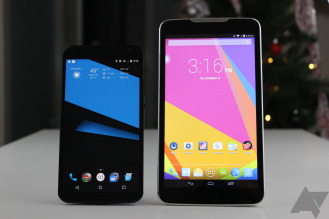 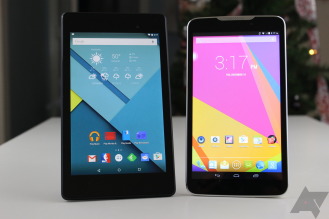 Speaking of software, the Studio 7.0 is packing what's basically stock Android, though Blu added what it calls the "Rainbow" - a small always-on-top "button" that works as a sort of quick launch for common apps. By default, it display five apps in three different categories: tools, media, and favorites. Of the bunch, only favorites is customizable, with the others providing static options:

There's also an option to manually add new sections, which are of course completely customizable. The Rainbow button is also draggable so it can be positioned on either side of the display. Overall it's an interesting feature that makes this massive phone a little more usable. 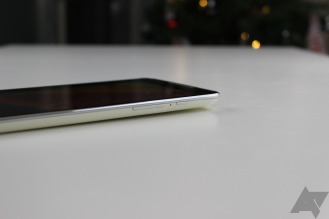 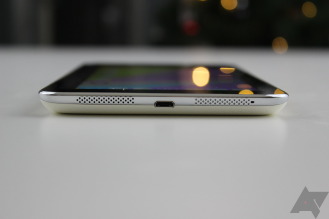 That raises the question of overall size and usability. "Pocketable" isn't exactly something I'd call the Studio 7.0 (at least not in front pockets), though it is smaller than a seven inch tablet, like the Nexus 7. Also, putting this massive device up your head for a phone conversation is pretty comical; I feel silly enough using the Nexus 6 for phone calls. But this? Oh man. But you know what? Everyone around you will eventually get used to it. (I think, at least - we do still laugh when people use iPads for taking pictures.) 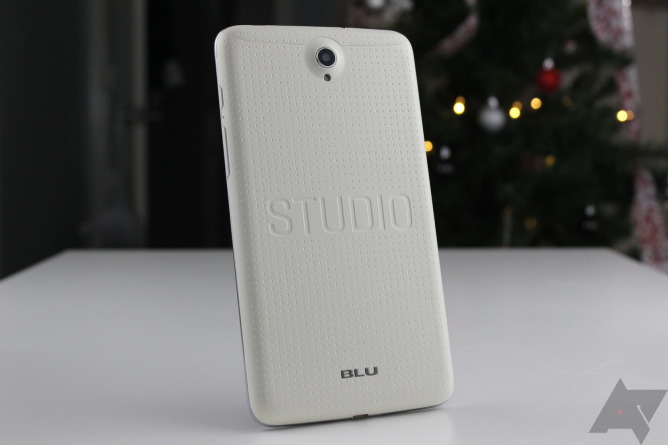 So, the final verdict? Honestly, there's something to be said for a seven-inch phone at $150. Is it good? For what it is - target audience considered - I'd say it's fine. Let's put it this way: if someone is already looking for the largest phone possible and doesn't want to spend a lot of money, they should be happy with the Studio 7.0. The display leaves a lot to be desired, but performance is solid and, again (I know I've said it a dozen times), it's only $150. As long as the user's expectations are kept in check, I think the Studio 7.0 from Blu is a suitable option for the "I want a phone the size of a tablet" crowd.

MIAMI, Dec. 17, 2014 /PRNewswire/ -- BLU Products, the market leader in unlocked devices in the United States, introduced today the new Studio 7.0 smartphone device connecting the best of both worlds by blending a 7-inch screen with a compact design that lets you comfortably hold it one-handed for phone calls, or fitting into your jeans pocket.

"The market trend shows that the demand in small tablets is fading, as a direct result to the median in a smartphone now approaching over 5 inches, meaning the term phablet no longer applies to a broad range of devices in the 5.5 inch to 6.0 inch category," said Samuel Ohev-Zion, CEO of BLU Products. "What the consumer wants today is a single device that brings value with an awesome display size and convenience."

The Studio 7.0 features a vivid 7.0 inch HD display, powered by a 1.3 GHz Dual-Core processor and can access 4G HSPA+ speeds up to 21mbps nationwide on any GSM network in the United States, in addition to a 5.0 Mega Pixel auto focus main camera capable of recording HD video at 1080p and a front facing 2.0 Mega Pixel camera. Storage Includes 8GB of internal memory and an expandable micro SD slot up to a 64GB, plus 1GB RAM.

MusiXmatch, Lyve, And Fitnet Join The Chromecast Family Of Apps