Back in August of 2012, I reviewed a set of Bluetooth earbuds from Phiaton called the PS 210 BTNC. At the time I found them quite pleasant to use, that huge clip-on "remote" be damned. Fast-forward two years and Phiaton is back with the 210's successor, the BT 220 NC ($160). Here's the questionable part: the design is basically the same. While most Bluetooth earbud manufacturers have moved to a much smaller, more practical design, Phiaton is sticking to its guns with the wired remote. The good news is that the in-line donglemote has been dramatically improved over the 210, so at least there's that.

While the design in itself may be questionable and not practical for some uses, the 220 does offer things that matter, like noise-cancelling and good sound quality. I probably wouldn't use them for working out (unlike back in 2012, when the BT options were very limited), but for most "regular" uses, they're probably OK. 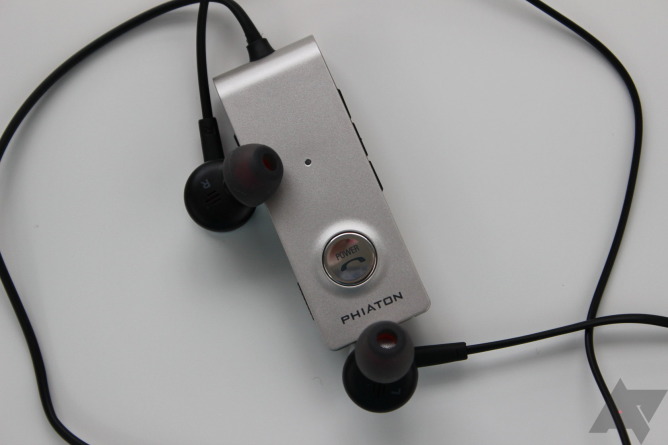 If you remember the 210 review (or happen to own a set), then you probably notice that a lot of the same features - like the ability to make the unit wired if the battery dies - are along for the ride this go, too. I will say this much: while I'm not personally a huge fan of the wired remote, I will say that Phiaton did a good job of improving on almost everything that made it annoying on the first model. Gone is that silly joystick-style dial thingy, with all the controls being moved to a much more reasonable position on the side of the unit. The noise cancelling feature is still available via a nice little sliding switch, and there's also a "monitoring" option available now. With NC enabled, simply hit the button and it'll temporarily pause the music and use the unit's on-board mic to let the user hear what's going on around them without removing the buds from their ears. That's a neat feature. NFC pairing is also available this go around, which is always a nice touch.

I mentioned earlier that the 220 can become a wired set of earbuds when the battery dies (or if Bluetooth simply isn't practical), a feature that carried over from its predecessor. This time, however, instead of having a proprietary 2.5mm jack and cable, it comes with a microUSB to 3.5mm converter cable. I really like this implementation, as it really just feels cleaner and better thought-out to me. On the downside, however, if you happen to lose or break the cable, it may be a pain to find a replacement.

Another issue that comes along with having the in-line remote is where to put the damn thing when you're doing stuff. It's too heavy to just let it hang from the buds, the cable is too short to put it in your pocket (and honestly, if you're just going to drop it in your pocket, what's the point in having Bluetooth in the first place?), and the clip isn't practical on most clothes, like t-shirts, for example. It ships with a lanyard, but never in my life have I experienced such a difficult neck-hanging device. First, the holes on the 220 designed for the lanyard are super small, making it difficult to loop the string through in the first place. Once it is looped through, the metal piece that connects the string to the actual lanyard is too large for it to be looped back through. I spent a solid 20 minutes messing with it and finally gave up. I wanted to throw the whole thing across the room by the time I was finished...and still never got it looped through correctly. (╯°□°）╯︵ ┻━┻

And really, when it's all said and done, you've still got a big ol' attachment that's connected to your earbuds hanging from your neck. Honestly, it's not really a lot different than using a wired set of buds, save for the fact that it makes it easier to use the phone without a cable getting in the way. 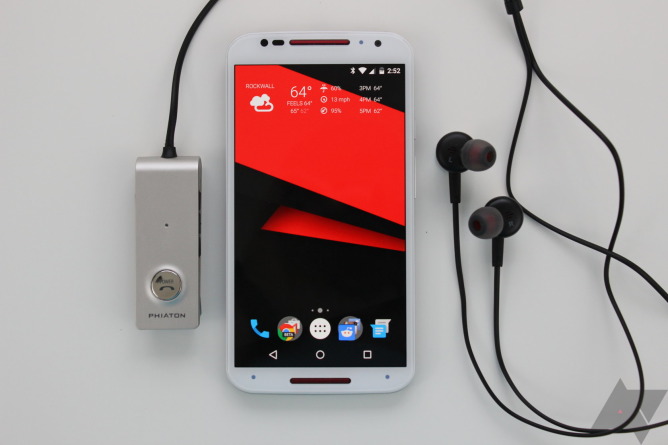 As cumbersome as the remote may be, however, the 220 sounds really good, which is what I've come to expect from Phiaton. I don't notice a massive difference in sound from the 210 (or Phiaton's wired earbuds for that matter), but that's not necessarily a bad thing - the sound quality is very good. It's balanced, clear, articulate, and generally dynamic in all the ways that matter. Listening to music through a set of Phiaton speakers is always a pleasure, and the BT 220 NC is no different.

In short, if you never plan on wearing this headset during any sort of physical activity, then maybe they'll be a good choice for you. If the thought of the wired remote isn't immediately off-putting or sounds like something that you can live with, then you can probably make them work. And if that's the case, then I say go for it.