Big tech companies are hesitant to admit when a competing platform offers something that they don't. But the folks at Pebble are more than ready to take advantage of the functionality introduced by Android Wear. The team has pushed out a beta that lets the Pebble not only interact with notifications, but respond to them in a manner akin to an Android Wear watch. 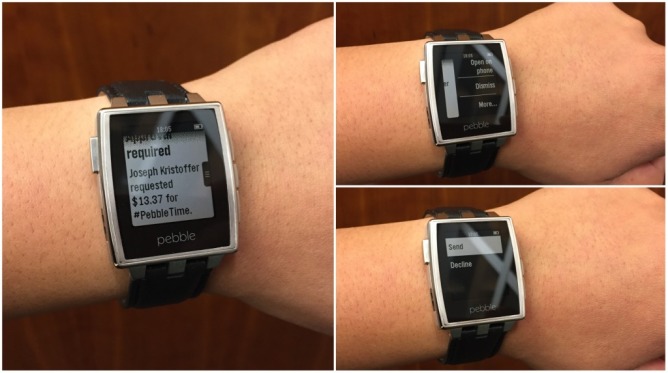 Instead of swiping from the right repetitively to access various options (as you would with Android Wear), Pebble lets you access different options using the three physical buttons available on the side of the watch.

Developers don't have to do anything to optimize their apps for Pebble. Version 2.3 of the companion app taps into the existing Android Wear integration automatically, thanks to the open nature of the notifications. Here's a note on that from Pebble's blog post:

Integrating Pebble with Android Wear is thanks to the open approach Google built into Android’s notification system. Openness is a value Pebble shares and appreciates. We hope more mobile operating systems follow suit so all Pebblers—no matter their smartphone choice—can take advantage of all the delightful features we introduce now, and in the future.

2.3 isn't available in the Play Store just yet. To get your hands on this functionality right away, you have to join Pebble's beta testing group. Afterwards, you will be able to download the update from Google Play. This release should play nicely with devices running Android 4.0 and higher, opening up support to more people than previous releases, which required at least 4.3.

Here's what other changes you can expect to find once you do.