Have you ever let the number of tabs in Google Chrome get out of hand? A nifty trick has popped up in Chrome Beta's tablet interface, now making it simple to deal with a large amount of tabs. Simply press and hold on the "X" you would normally use to close a single tab, and you will be prompted with a small dialogue that says "Close all tabs." Hit that and you have a clean slate. 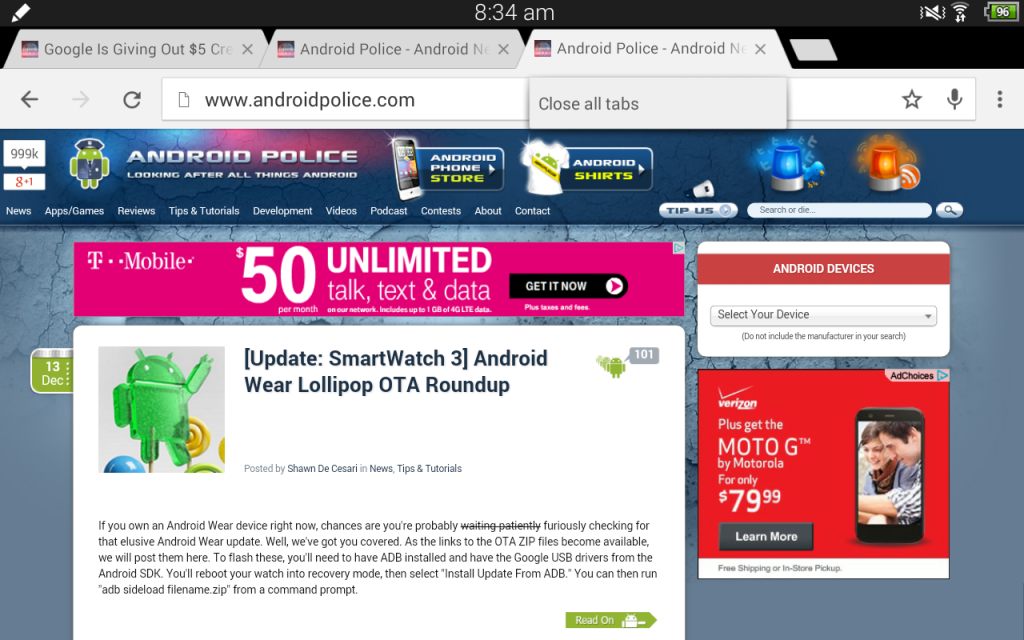 I know that I tend to get overloaded with tabs from clicking on search results and in-app links, so this is a welcome addition for me. The function is not present on the stable builds of Chrome.

As for phones, which don't expose the tabbed UI in the same way, you can close all tabs using the overflow menu, so long as you don't enable Merged tabs and apps in Chrome settings. This feature for phones is available in the stable version of Chrome as well. See below: 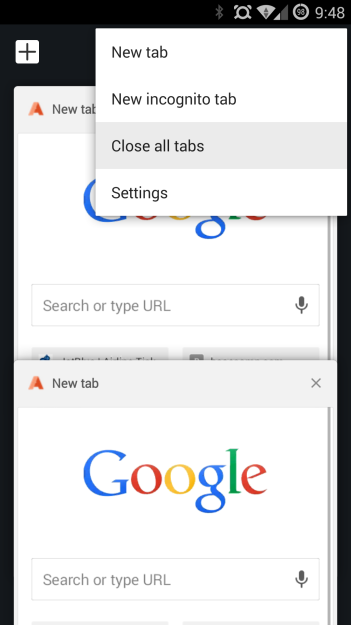 You don't need an update for this feature, as the most recent update was posted on December 8 and should have reached all end users by now. The update to Chrome Beta version 40.0 included a new-look address bar and bookmarks manager as well.

Google Is Giving Out $5 Credits For Theaters, Whole Foods, Toys R Us, Staples, And Others Via ...