Halfbrick Studios, creator of popular titles like Fruit Ninja, has published Monster Dash in the Amazon Appstore. Monster Dash is a highly popular classic on iOS that recently received its first significant update in years for iPhones and iPads. The revitalization on its original platform apparently inspired Halfbrick to finally bring the game to Android. For now, it looks like it may be an exclusive to Amazon. 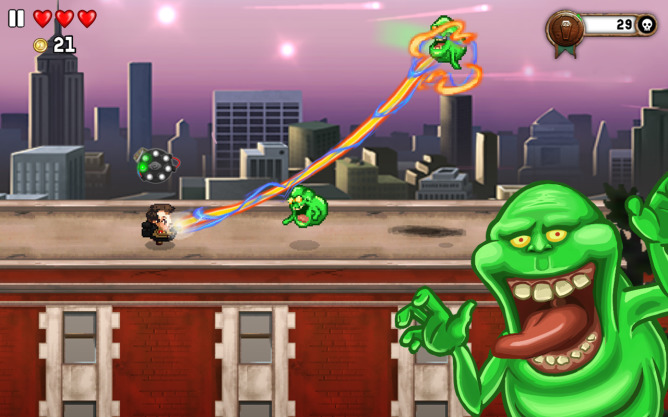 Interestingly, Monster Dash has a version number of 1.5 on Amazon while it is at 1.4 in the iTunes Store. Though it costs $0.99 for iOS, the game is free for now on Android, but there are some in-app purchases to watch out for (aren't there always, nowadays?). Update: It looks like there was just a bug with the web interface. Other Lollipop devices, including other people's HTC One M7 Google Play Editions, aren't having any problem.

This is a classic, kitschy two-dimensional runner game. You may recognize the main character, Barry Steakfries, from Jetpack Joyride and Age of Zombies, both of which are available for Android via the Play Store.

If you're holding out for it to appear in the Play Store, you can keep an eye out here. After all, Jetpack Joyride debuted as an Amazon Appstore exclusive before eventually coming to Google Play.

Monster Dash on the Amazon Appstore