Google and Samsung haven't forgotten about the first Google Play Edition phone. Yes, the Galaxy S4 GPE is getting its Android 5.0 update right now. Time to hit that update menu. 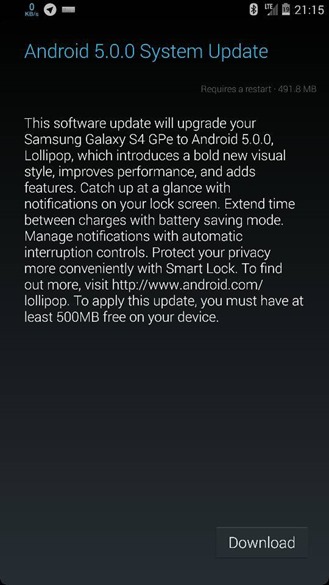 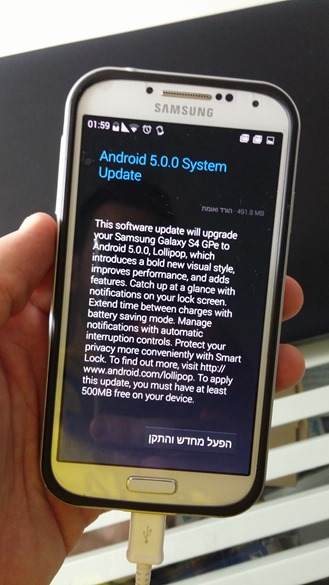 This is a 5.0 build, not 5.0.1. The update screen actually goes an extra decimal place to 5.0.0 to make that clear. As such, there might be a few bugs until another OTA comes through later. Although, The GS4 is getting old, and I wouldn't expect much more update support, even for the GPE. The update is about 500MB, so find yourself some WiFi.

[Thanks, Aviv and Sebastian Roth]