Android Lollipop has started rolling out to people in the months since version 3.3 of Fleksy hit the Play Store, and the third-party keyboard's developers aren't just settling for giving the next release a material theme. The beta contains a new interface, plenty of new themes, and keyboard extensions. This last category is the one we're most excited to see.

The Material keyboard themes look less like Google's and more like simple recolored versions of Fleksy, and while they're not particularly exciting, at least they're not indicative of the effort the developers have taken to make the app look at home on Android 5.0. The refreshed user interface brings what we would expect on a Lollipop device. 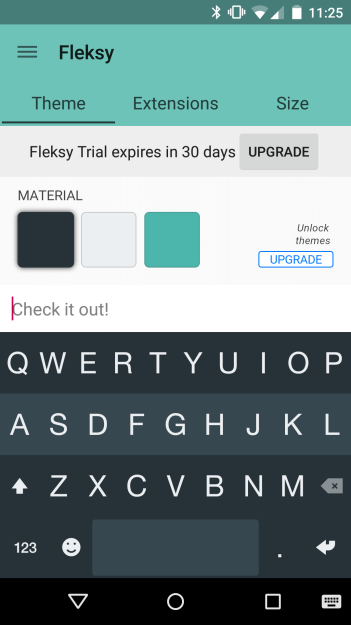 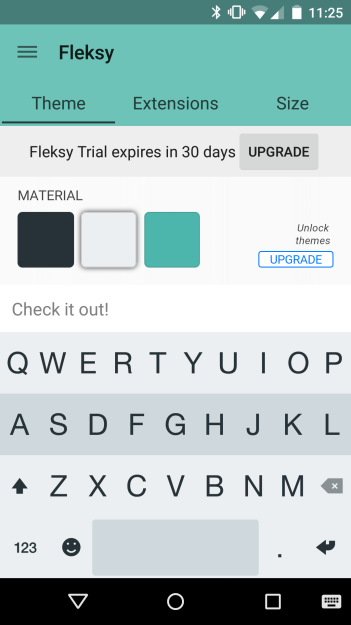 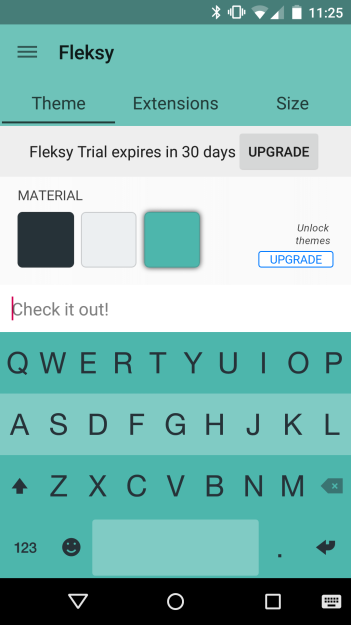 If the Material themes don't offer enough flair, the beta adds plenty of options at the other end of the spectrum. The latest version contains themes from Frozen and the Hunger Games. 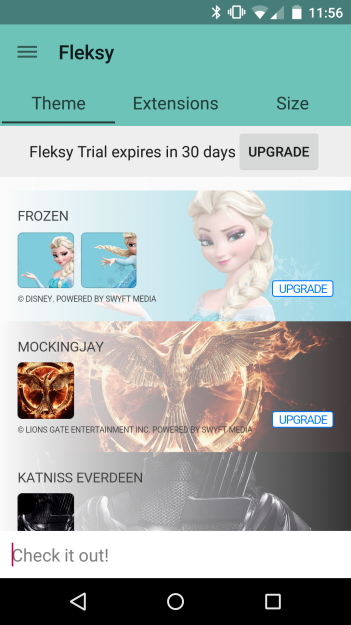 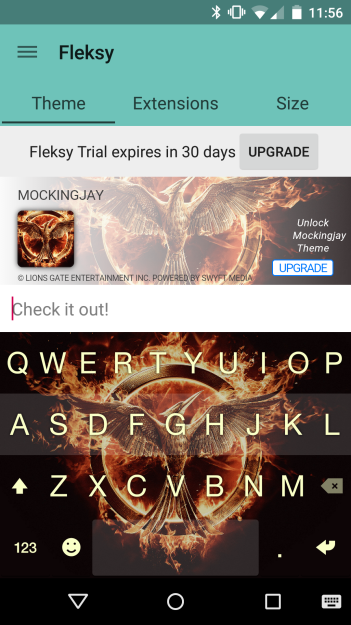 But here's where things get really interesting. As the name suggests, keyboard extensions expand on what you can do with the app. Options range from adding a number row to the top or creating shortcuts that expand out into full phrases (omw -> on my way) to inserting GIFs the same way you would emoji. Enabling and disabling this functionality is easy thanks to a spiffy new interface. 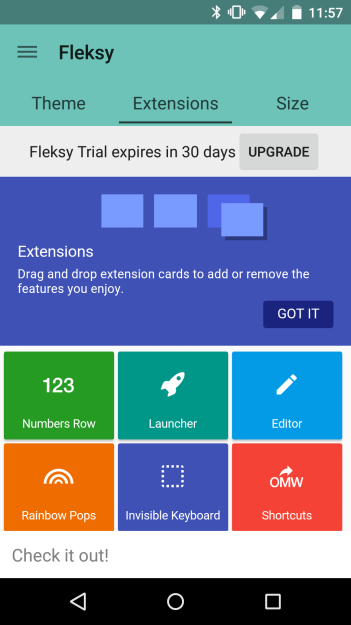 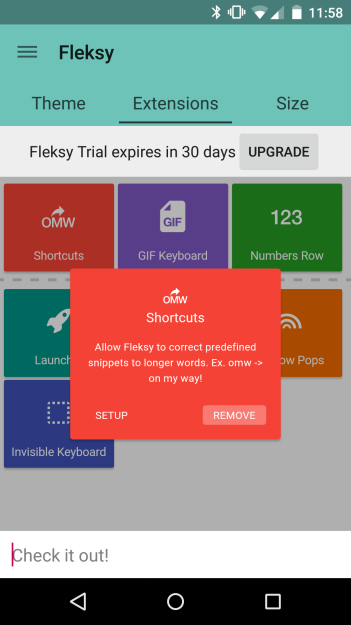 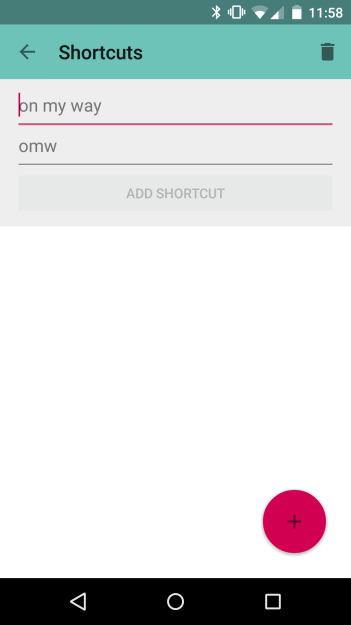 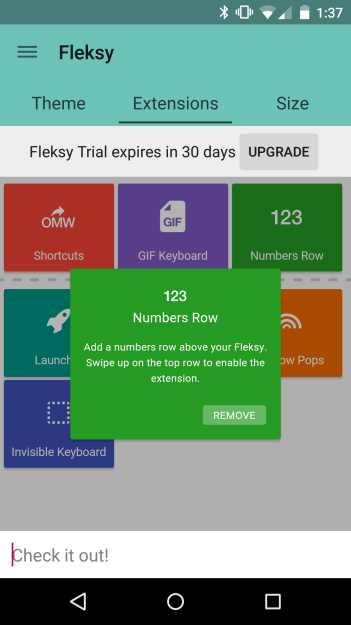 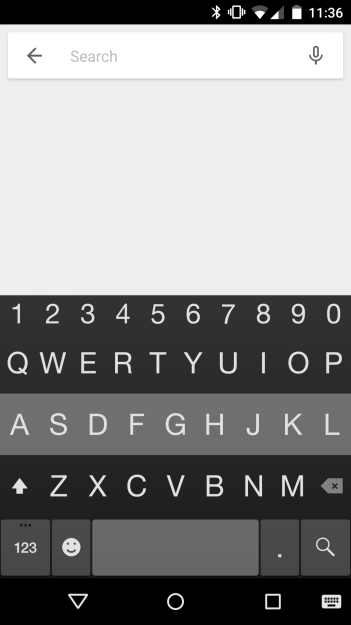 The GIF keyboard works as well as you would hope (or fear, depending on your perspective). You click on the emoji icon, select the GIF category, pick from a number of #moods, then select from the list of provided GIFs. They fit nicely into Hangouts and other chat clients that know what to do with animated images. 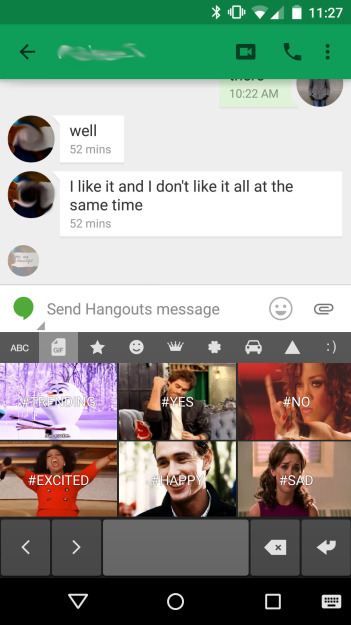 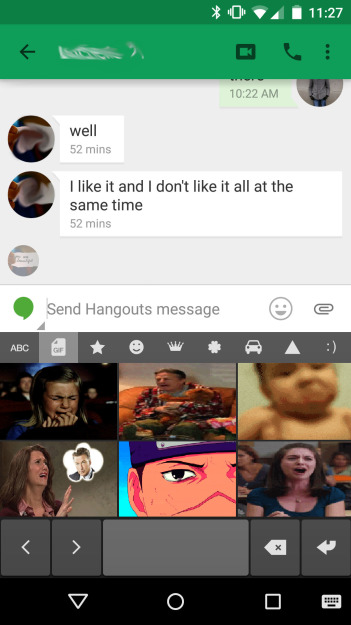 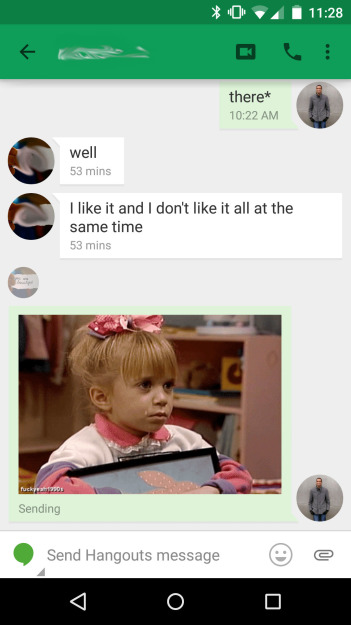 If the GIF keyboard breathes some extra life into your conversations, the Rainbow Pops extension injects some life into the keyboard itself. Once this one is enabled, the pop-ups that appear with each key press will go from being gray to any color of the rainbow. It's cute, and unlike GIFs, you can keep this bit of amusement to yourself. 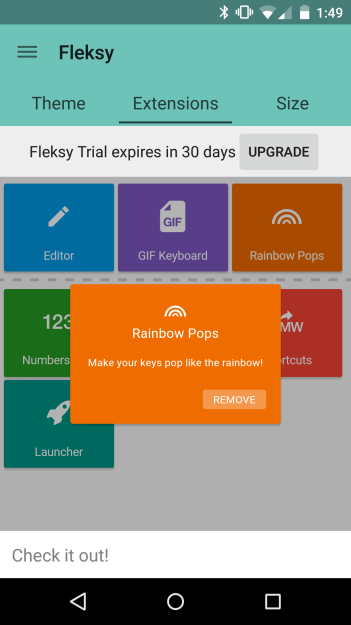 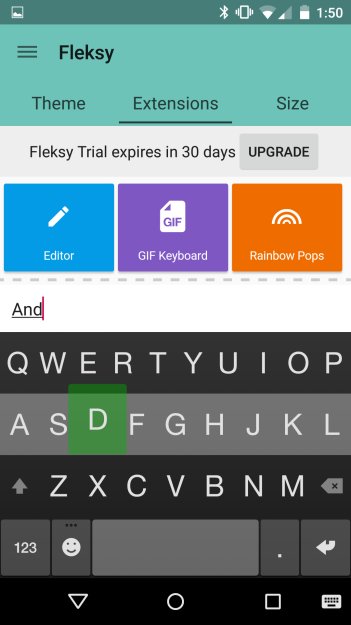 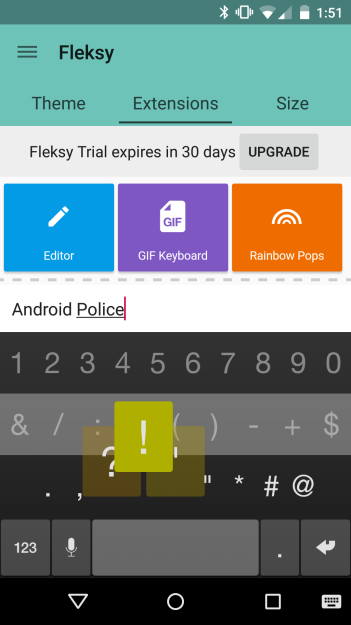 As of the latest beta, version 4.3, there are over a dozen new themes, and seven extensions are currently ready and raring to go. Some of these extensions are merely repackaged. The Invisible Keyboard, for example, has been around since the beginning. But overall, this change in presentation feels pretty good.

The changes don't stop there. Fleksy contains numerous other improvements and fixes that should keep users happy. As this is still a work in progress, I'm not going to detail them all here. You can find changelogs for each beta release as they land at the links provided in the next section.

To get your thumbs on this keyboard, you need to join the beta community on Google+. After that, you go to bit.ly/fleksybeta. Up to 60 minutes later, the Play Store version of Fleksy should update to the beta, and a quick uninstall/reinstall should get you up and running. If you don't already have Fleksy installed, you can install it from the links below. The LTE-Equipped Nexus 9 Pops Up On The US Play Store, Ships By December 19th For $599

HTC Will Now Sell You A Magic Cover For The Nexus 9, But Only In Coral Amethyst Color