Who better to learn encryption from than the people who have actively tried to build vulnerabilities into encryption? Nobody, says the GCHQ, the British NSA equivalent that has released a free Android app called Cryptoy to teach children the basics of encryption. The app, designed for tablets, focuses on four basic techniques and allows users to create encrypted messages for sharing to friends to decode.

The GCHQ and NSA have been making headlines for the past year since Edward Snowden released documents implicating the two in all sorts of dastardly deeds, including their deliberate weakening of security protocols on the web. Those revelations caused leading encryption researchers to condemn the actions of GCHQ. The NIST, the American creator of many of these security standards, was forced to caution against the use of their own encryption techniques.

GCHQ's stance has not changed in light of all this criticism, either. Just weeks ago, in reaction to increased security standards on mobile devices, the agency chief said that American tech companies like Google are the "command and control networks of choice" for terrorists.

In defense of Cryptoy, there's probably nothing nefarious going on here. The app isn't designed for classified communication and the techniques taught are both simplistic and well-established. The app comes from an initiative to increase interest in so-called STEM subjects: science, technology, engineering, and mathematics. Cryptoy asks only one permission, for "other," meaning it's no Trojan horse. 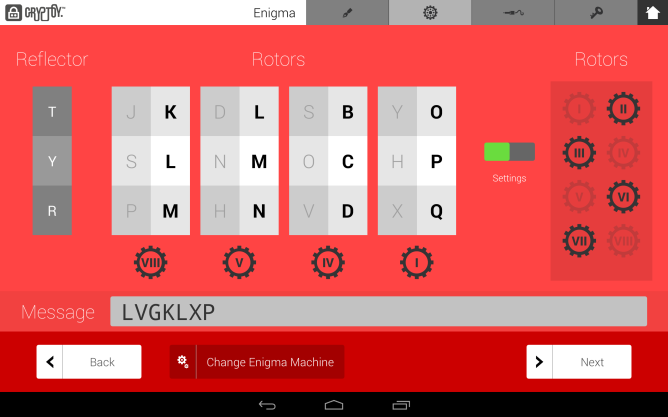 Still, none of this stops us from enjoying the sweet, tragic irony in which the gatekeepers of encryption are also its biggest enemies.

If you want to learn some of the basic principles of encryption, this app might make sense for you. Or if you have teen children that you want to get interested in computer science, you might encourage them to download Cryptoy as well. When they start passing secret, undecipherable notes to friends and siblings, though, don't say I didn't warn you. 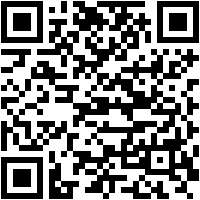 The LTE-Equipped Nexus 9 Pops Up On The US Play Store, Ships By December 19th For $599