Version 2.6 makes BBM ready for Android 5.0, but don't get too excited. There's no big redesign here. The app still looks as Gingerbread as ever, it just now explicitly supports devices running the latest version of Google's mobile operating system.

That's not to say that the update is without visual changes. If you turn your phone sideways, the interface will now rotate to landscape mode in order to accommodate you. 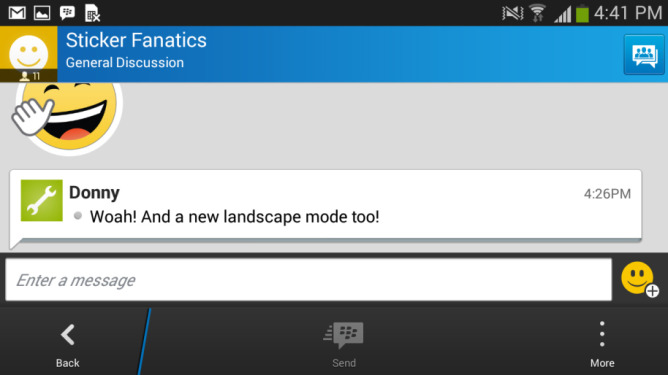 Other features new to BBM users include the ability to share stickers in a group chat, set longer limits on timed messages (up to 60 seconds), share multiple pictures or attachments at the same time, and see when someone has received or viewed your photos.