First there were ponies and pitchforks, and now Hangouts has added more cuteness to the app in the form of animated emojis. The team had teased these easter eggs earlier in a Google+ post, but they remained mum about the way you trigger them.

If you have the latest version of the app, simply typing any of the words below will result in an emoji popping up from the bottom of the screen and either celebrating, laughing, or wishing you happy birthday. Also, much more relevant: there might be cake. 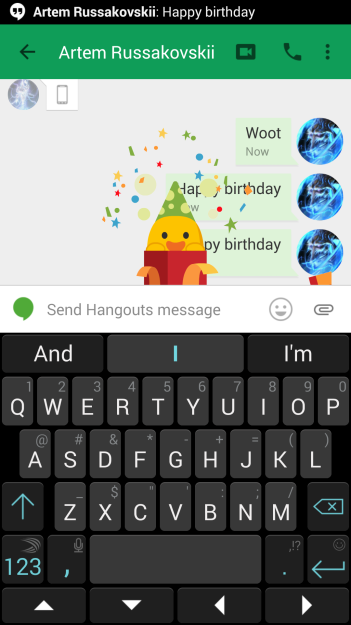 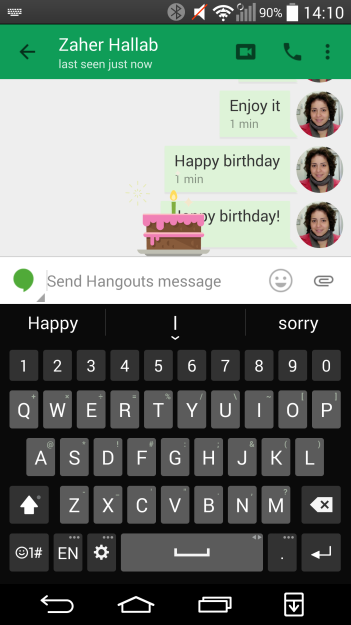 You'll have to read the rest of the post in a garbled voice. I'm sorry, but I had to eat some cake.

Unlike the previous easter eggs, these emojis don't require a forward slash to activate and they don't even need to be typed alone. Including "hahahaha" in any message will suffice to trigger the adorable laughing yellow face. Also of note is the fact that some keywords seem to be interchangeable (woohoo and woot for example) and that the same keyword might trigger different animations each time, like the "happy birthday" in the screenshots above.

The animations will show up on both the sender and the recipients' phones, so stop reading and go rofl your heart out to annoy all your Hangouts buddies.

Thanks, Michael and Cole.