Update: Game of Thrones is now on the Amazon Appstore for the same $5 price as the Play Store version. That's handy for Amazon Kindle Fire and Fire TV users... and only those users, since it seems to be incompatible with all standard Android devices. At least you can use those saved-up Amazon coins for the purchase. The game isn't compatible with the Fire TV Stick, probably because of its somewhat low-power hardware. 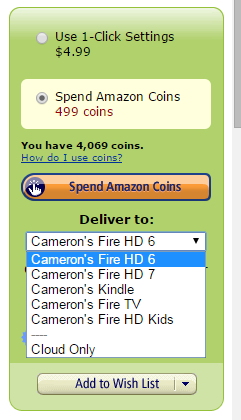 In most of the US, winter isn't just coming, it's already here and beating down the door. While you're huddled round the fire, why not load up one of TellTale's celebrated adventure games to help pass the long nights? As it happens, Game of Thrones was just published to the Play Store, only a week or so after the PC version came out. And unlike previous TellTale games, there's no period of exclusivity on the Amazon Appstore - you can download it now for any Android 2.3.3 device or higher.

The video game is based on the TV show adaptation of George R.R. Martin's epic fantasy series. Don't expect to be slaying giants or direwolves - TellTale's games are adventure titles, sort of like full 3D versions of the classic point-and-click adventure games from the 80s, complete with voice acting. The focus is on story and choice, and your decisions drive the drama in the game. In this re-telling and expansion of certain elements of the TV show, you play as a member of House Forrester (not previously seen on HBO), vassals of the powerful but disgraced House Stark. Since Game of Thrones is more about personal drama and power politics (and a lot of sex) than actual war or fantasy, it's a perfect fit for TellTale's style.

Game of Thrones is $5 for the first episode, which is the only one released so far. It's safe to assume that the rest will be about the same price, and available as in-app purchases as they're published. A season pass for episodes 2-6 is already available for $20. Since it's based on the famously violent and explicit TV series, it goes without saying that the "High Maturity" game is absolutely not for kids.