Verizon is rolling out an update to the Droid Turbo, and before you get excited, it's not Lollipop. While the Moto X on Verizon has already hit v5.0, Big Red has more control over what happens with the Droid phones. What this update does include is Verizon's VoLTE implementation known as Advanced Calling 1.0. 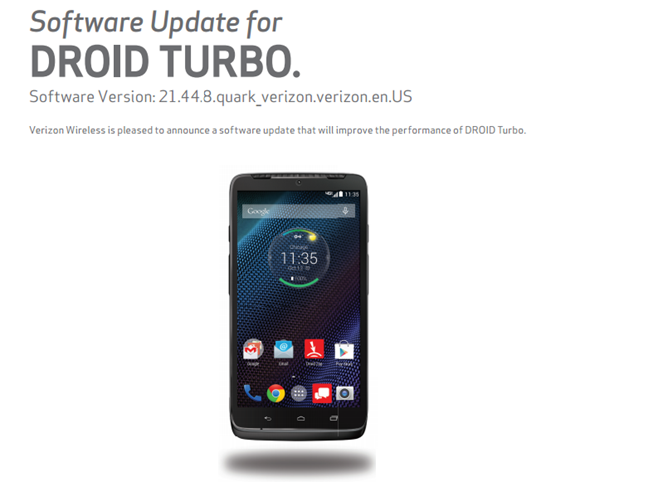 Stability improvements are all well and good, though we don't know what exactly was fixed. If the position of email attachments was getting you down, that's fixed too. Yay? The Advanced Calling change is just "preparing" the device apparently. Verizon will probably wait for the update to finish rolling out before flipping a switch on the server side. I should also point out that Verizon accidentally calls this phone the "Droid DNA" on its info page, which is kind of amusing.

Update: Verizon has updated with a new document free of DNA mix-ups and a new version number (21.31.2).

Scrolls, A Tower Defense-Tactical RPG-Card Game Mashup From The Makers Of Minecraft, Is Now ...