Most of the AOSP-based custom launchers operate in roughly the same way, but Action Launcher has always been different. Right from the beginning it offered cool ways to manage your apps and widgets, and it only got better over time. That app was based on the Jelly Bean-era Android launcher, and it was time for an update, according to developer Chris Lacy. Action Launcher 3 is a complete rewrite of Action Launcher that brings with it new features, but also drops a few (at least for now). Let's take a look at the new Action Launcher. 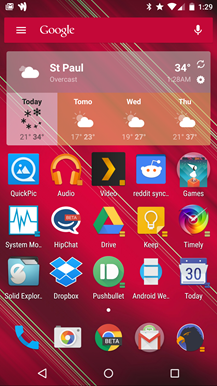 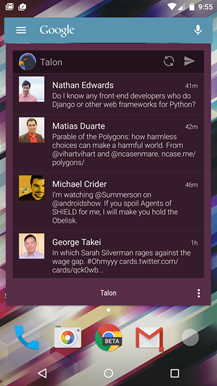 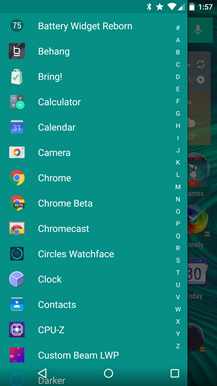 Action Launcher 3 is based on Lollipop code, and it shows. All of the animations and design cues you're used to seeing on Google's launcher are here. Opening folders looks right, as does the app drawer. Yes, Action Launcher has a regular app drawer if you want to use it. One of Chris Lacy's goals was to allow people to use Action Launcher in the way that makes sense for them. If you're not into the Quickdrawer, you don't have to use it. 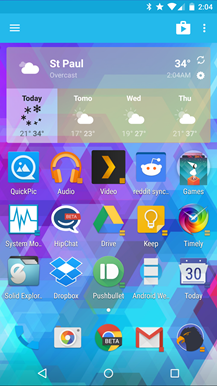 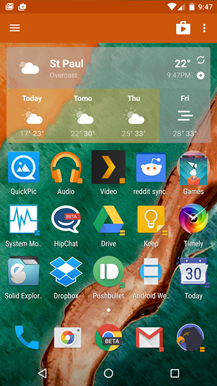 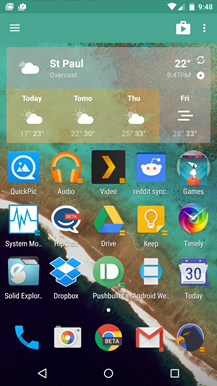 The full action bar UI is still an option, but I'm not completely sold

Speaking of the Quickdrawer, it's been jazzed up significantly in this version (and it's still awesome). Action Launcher's name harkened back to one of its defining features—an action bar on the home screen. The default view doesn't have the full action bar anymore, but it's still included as an option. Instead there's a Google search box with a hamburger menu icon that opens the Quickdrawer. The search box, action/status bar (if enabled), and Quickdrawer are all tied together in a single color scheme (Quicktheme) that you can adjust however you like.

Quicktheme is one of the features you only get in the pro version of Action Launcher 3. There are simple material light and dark themes, but it can also extract colors from your wallpaper and use those to create a theme on the spot. It's actually quite neat, if you're into bright colors. Don't like one of the colors Quicktheme picked? You can change them in the settings. 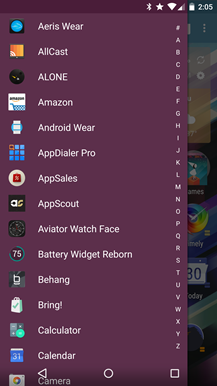 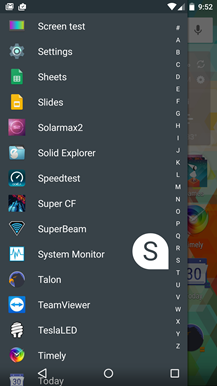 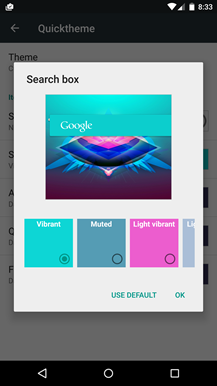 You could definitely make a home screen that looks obnoxious with Action Launcher 3, but that's entirely up to you. The default material themes look mature and understated, but I'm personally smitten with the wallpaper-matching Quickthemes.

If you've been using Action Launcher (or another custom launcher), you will probably get most of the features you expect in this new version. Shutters are again part of the launcher. Simply swipe up on an icon to display its widget in a popup folder window. This still works great. Covers are also back, which are a little harder to grok. A Cover is a folder that you access by swiping up, but when you tap on it, the first app in said folder opens as if you'd just tapped an app shortcut. I don't find this quite as useful as Shutters, but it helps with organization and can make a home screen look cleaner. Both Shutters and Covers are indicated by small shapes in the corner of your icons. 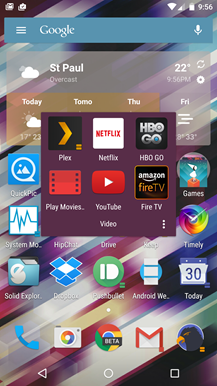 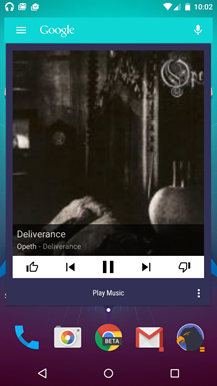 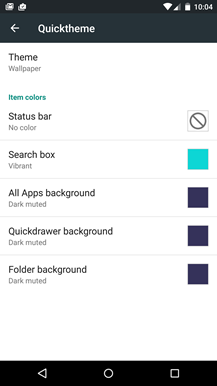 Also on the table for the big v3 revision are gesture shortcuts. So you can swipe down for notifications, up for settings, and to the left (on the first panel) for Google Now. It's not the same as the official Google Now Launcher, though. You've probably seen a few launchers doing this trick—the swipe acts like a shortcut to the Google app, which opens Now. It's the same result, but you need to hit back or home to return to the home screen.

The grid size and dock width are also configurable in the settings. Apps can be hidden in the app drawer/Quickdrawer as well, but you can't change the icons. I know it's going to bum some of you out, but there's not yet support for icon packs. That could happen later with additional rewrites. Action Launcher 2's Quickpage (an extra home screen panel that slides out from the right edge) and 1-swipe are missing in Action Launcher 3 too. I suspect these aren't as likely to come back.

Action Launcher 3 is basically a new app, so it's not being made available for free if you bought Action Launcher 2. The free Action Launcher listing will be updated to v3 in order to keep links and reviews intact, but Action Launcher 2 will continue to exist as a paid app only accessible to those who have bought it previously. Essentially, the paid unlocker app is becoming the full version of AL2. For those who opt to move to Action Launcher 3, the pro features can be unlocked with a in-app purchase of $4.99. 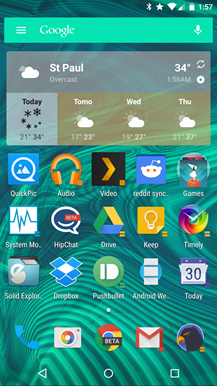 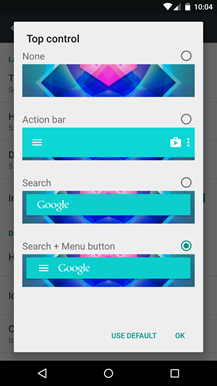 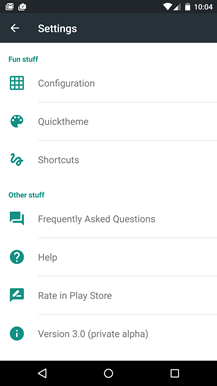 Shuffling around the apps like this will be confusing to people, and I suspect there's going to be some complaining. In my opinion, there's no issue charging for an upgrade of this magnitude. The design changes will be a little divisive, as I know some people aren't entirely happy with the brighter material themes. Still, making Action Launcher 3 more adaptable (ex. optional action bar) is a good thing for everyone.

From the few days I've spent with Action Launcher 3, I think it's worth buying if you liked v2. Shutters and Covers allow me to get by with a single home screen and still have quick access to everything I need. That makes it unique among custom Android launchers. It's just neat. The app is rolling out now, so give it some time to populate before you hit the widget below.