From a recent teardown of Google+ 4.8, it seemed like Google was preparing to offer bandwidth optimizations in the app, with the option to switch on a data conservation option. It looks like that feature has cropped up (thanks David) now, along with a new gender identity setting brought over from the web.

A few days ago, the Google+ team announced that the service would now accommodate those of any gender, not just male or female, by opening up a "custom" option, as well as a method of indicating one's preferred pronoun (the selection includes male, female, and other). This functionality is now available on the web and in the Google+ app for Android. 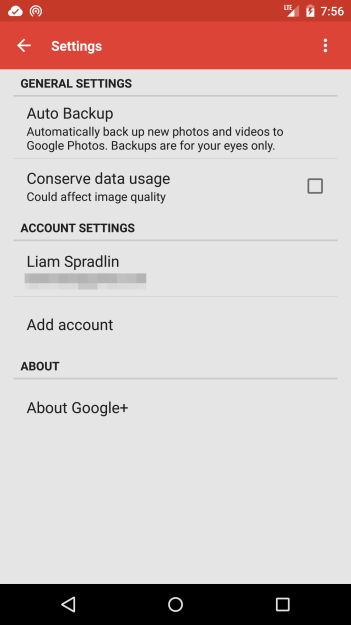 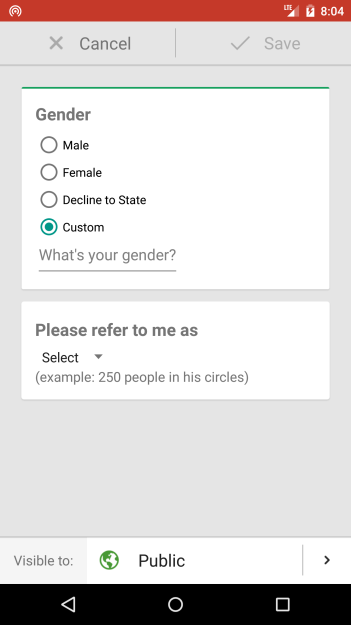 On the Play Store, the Google+ change log indicates that post pinning (the ability to pin a post to the top of your page or profile) should be available in the app too, though the AP team has only spotted this option on the web so far, so it seems to be on a rollout. Presumably the feature will be coming along any time now.