The weather hasn't been particularly welcoming for the last few weeks, and it sounds like it's going to get worse. Even if the rain is falling, it doesn't mean there's an excuse to become a couch potato; the latest update to Google Fit can keep everybody in shape with a boatload of new activities to cover both indoor and outdoor workouts. There is also a big improvement to data collection with Android Wear that may significantly increase the accuracy of the step counter.

Google hasn't updated the Fit changelog on the Play Store just yet, but there is an accurate listing buried in the app itself.

• Support for manual entry of over 100 new activities!
• Android Wear
• New, experimental step detection for walking when the watch is disconnected from the phone
• Bug fixes and performance improvements

The biggest change in this version comes to the manual entry feature, where it's possible to add workouts that were completed without a phone or watch. Where there had previously been only 4 options (including a mostly meaningless "other" category), there are now 101 distinct types of activities to choose from. Each selection asks for a duration, which is used to calculate steps based on the type of exercise.

The appearance of the list has also gone through a fairly stylish makeover. The fonts have been thickened up and given plenty of spacing, and there are brand new icons for each activity. 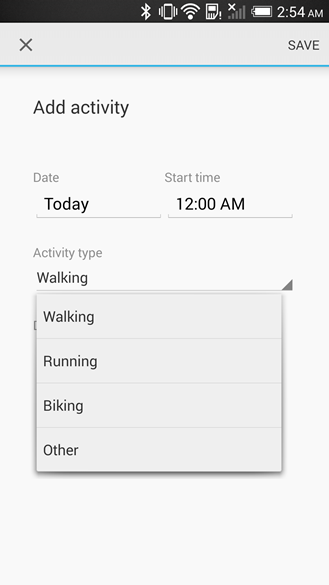 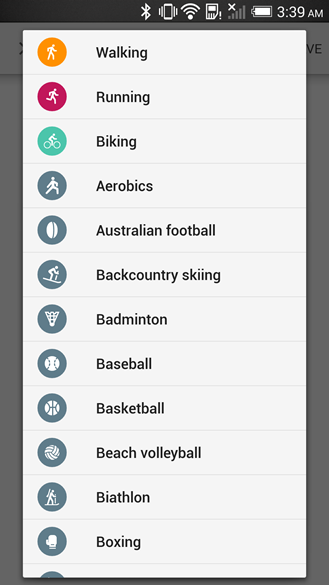 Naturally, every update comes with a bunch of fixes, but the changelog references one in particular: an experimental fix for when a watch is disconnected from a phone. This is most likely related to a bug that occurs when the two devices reconnect and attempt to sync. The results can be unpredictable, resulting in very few steps, a lot of steps, or just about anything in between. Hopefully, Google will give us some more information about what's happening here.

[Update: Now On Amazon] TellTale's Game Of Thrones Adventure Title Is Already Available On The ...