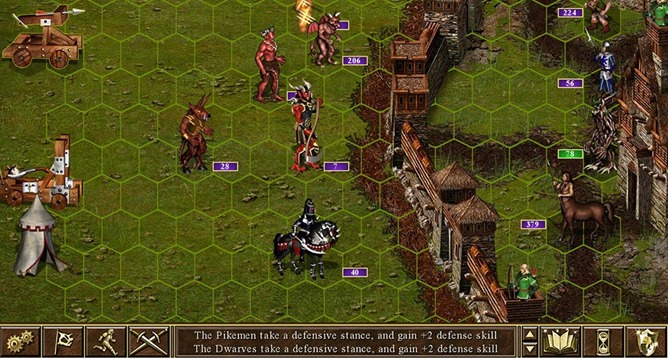 And lest you worry that this classic game will be ruined by a mobile version filled with the trappings of modern gaming, the port is being handled by DotEmu. If the name doesn't ring a bell, they're mobile developers who have built a reputation for rock-solid and faithful ports of classic games, including Double Dragon, R-Type, and Little Big Adventure. If anyone can be trusted to bring a quality version of a classic game to Android without going all EA on everything, it's these folks.

For the uninitiated, the original Heroes of Might and Magic III came out for the PC in 1999. It's essentially turn-based strategy, sort of like a battle-focused version of Civilization with heavy fantasy elements. Or if you need a more recent metaphor: it's like Great Little War Game with necromancers and dwarves. The fact that you won't be able to play this on a phone is a bit of a bummer, but the information-dense style of strategic play probably wouldn't lend itself well to smaller screens anyway. A PC re-release will also be available.

Google Plans To Remove All Watch Faces From The Play Store That Do Not Update To The New API By ...