I recall with fondness many weeks spent in front of my spinning, clicking Dreamcast, working away at the only game I had for Sega's console at the time: Hydro Thunder. While the graphics were amazing (for 2000, anyway), the big jumps and odd physics were what kept me coming back to the boat racing game. Pixel Boat Rush doesn't look or play anything like the minor Dreamcast classic, but I think it's managed to capture a glint of Hydro Thunder's spirit.

Then it adds guns.

In Pixel Boat Rush, you drive a single two-dimensional boat across a 2D sea, racing with a dozen other boats as you speed, soar, and sometimes bounce from wave to wave. The water might not be realistic, and the three-button controls don't suggest "sim" in any way, but the over-the-top atmosphere makes for a fast and interesting play style. Those are two elements that Pixel Boat Rush shares with developer XperimentalZ's previous Android game, Don't Run With A Plasma Sword. Multiple game types and a deep upgrade mechanic help to lend a worthy sense of progression. It's almost like Scorched Earth with real-time controls.

There is a story of a sort, in so much as career modes in racers have them, but the game mostly uses it to personalize your pixelated opponents as pastiches of pop culture. Pixel Boat Rush is a reasonable $2.49 with no ads or in-app purchases. 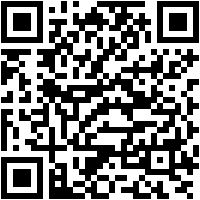 Camera FV-5 Becomes One Of The First Camera Apps In The Play Store With Support For Android ...