There's a new 2D fighter available for Android, and it stars iconic Marvel characters! Now settle down, it's not Marvel Versus Capcom. Nope, this is a new property licensed by Marvel and developed by Kabam, which specializes in that sort of thing. Formerly a browser game, Contest of Champions has an impressive setup for a mobile fighter, with tap and swipe-based gameplay replacing the somewhat impractical on-screen buttons. But once you master the innovative controls, you'll find yourself in familiar freemium territory.

The setup is that The Collector (Benicio Del Toro from Guardians of the Galaxy... not that you'll hear any voice acting in this game) has trapped all the big names from the Marvel comic universe in Pokeballs crystals. You collect these crystals, deploy your heroes against opponents, and duke it out. The game looks very good, with 3D fighters battling in a 2D plane. Tap on the right to initiate a light attack, or the left to block. Swipe right for a medium attack, or left to jump back. Finally, tap and hold on the right to wind up a strong attack, and when you've dealt enough damage, unleash your Marvel hero's fancy special move. It's not overly complicated, but there is a bit of the timing, reaction, strategy, and even some bluffing that old-school fighting fans crave.

Unfortunately the fights themselves aren't nearly as important as what happens between them. Each character has a basic power level that determines how hard they hit and how much damage they can take. To level up or upgrade your character, you'll need ISO-8 (and in-game units). You collect ISO-8 and units by beating opponents, which require "energy" to engage on the board game-style map... you see where I'm going here. Everything eventually boils down to collecting cash and energy to both upgrade your characters and to fight new opponents. And of course, you can pay for in-game units with real money. Up to $100 of it. In-game items can help you get ahead even faster by boosting your heroes or reviving them mid-battle. 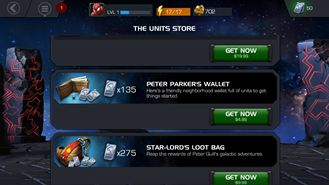 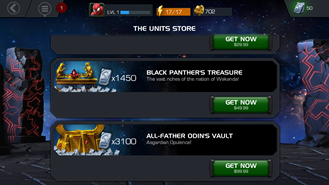 That wouldn't be so annoying in and of itself - it's basically the status quo for mobile games. But once you've become stuck in the single-player mode, you can play unlimited matches in the online multiplayer, where you can either have a relatively even match against someone who's been playing in the standard way or get crushed by the guy who just spent $20 on a free game.

I'll give Marvel Contest of Champions some big props for creating a surprisingly fluid control scheme for a 2D fighter on mobile, and for faithfully-rendered 3D heroes. But unfortunately that's where the innovation ends. Eventually you'll have to win against impossible odds, wait for the energy system to recharge... or pay up. It's a real shame, since a few tweaks and a standard pricing model could have made Contest of Champions a compelling fighting game.

Google Has Ended Sales Of The Red And White Nexus 5, Only Black Remains