If you are the proud owner of a white or red Nexus 5, cradle your baby extra close tonight. It's now an endangered species. Google has removed the red and white options from the Play Store. leaving only the black N5 for those who like the Nexus experience, but hate big phones. 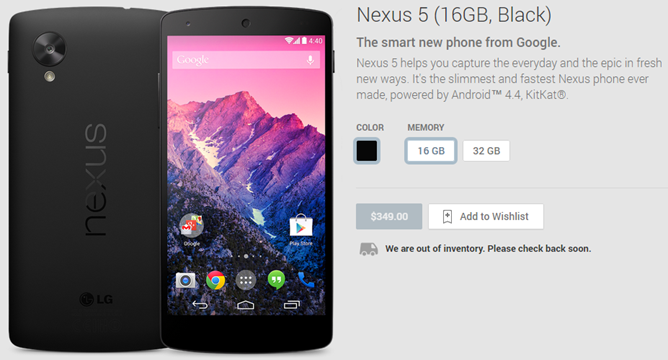 You still get your choice of 16GB ($350) or 32GB ($399), but both are going in and out of stock lately. Frankly, I'm a little surprised that Google still hasn't lowered the cost of the Nexus 5 in Google Play. You can usually find a refurbished N5 for substantially cheaper, and the phone is now more than a year old.

Before you start getting excited and cooking up overwrought conspiracy theories about how this is leading up to a 2014 Nexus 5—no. Just no. The Nexus 5 lives on, but only in black. That's all. Oh, and by the way... the Nexus 6 is still out of stock.