I'm going to explain what this device is supposed to be while refraining from snark, and you just consider whether it sounds like a thing that could possibly exist. The Dragonfly Futurefön is composed of a 7-inch Android phablet called the Slingshot. It docks into a base with a full keyboard and a second 7-inch screen running Windows 8.1. This entire dual-screen computer can then fold up into a package about an inch thick for travel.

And now, snark. This product sounds like a seriously misguided fantasy. It has almost everything you could imagine in a mobile device. There's the full keyboard, dual screens, a pop-out touchpad, a Bluetooth headset, four cameras, dual speakers, replaceable covers, and a stylus. So maybe (if it existed) it would be okay at doing all the things your phone, computer, and tablet do, but is it really good enough to replace them all? If the Dragonfly Futurefön was a car, it would be The Homer. 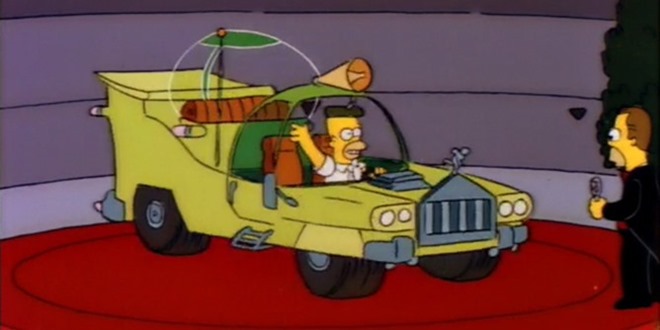 It seemed like a good idea at the time

I'm not even convinced this device is possible with current consumer-ready technology, and we don't see anything more than renders and dummy units in the video. Also, the mockup definitely has a Samsung status bar sloppily pasted on top of a concept UI.

If it doesn't seem like a flight of fancy yet, the ship date is bonkers—late Q1 or early Q2 2015. They're going to make this thing in four months? It would be cool if it happened because that would mean technology is even more amazing than we realized, but I don't see how it's possible. You don't go from renders and bad Photoshops of cannibalized Samsung UIs to a completely new product category in four months.

[The Dragonfly Futurefön on Indiegogo]

OnePlus Gets The Christmas Spirit, Sells The One Without An Invite For A Limited Time