Welcome to Google Update Wednesday, everyone, where you never know quite what you're going to get. The Wheel of Fate has given us a Chromecast update this week, and it's a doozy. A brand new user interface matches the rest of Google's various Material Design apps, more or less. But even more interesting is that the Chromecast app now allows screen casting (where your phone or tablet's screen output appears on your television) for all devices. 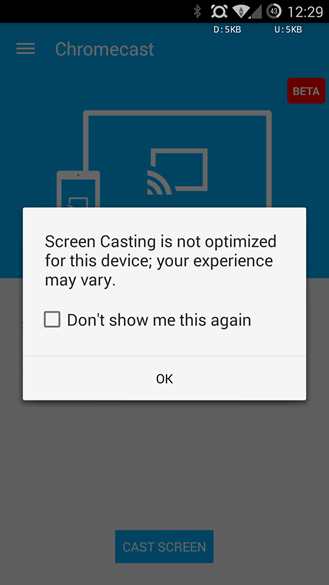 Well, sort of. You'll need Android 4.4.2 or better to accomplish this, and even then, Google is making sure you know that those phones and tablets not officially supported by the extremely slow screen casting rollout might not have the best experience. To activate screen casting, just tap the slide-out menu inside the Chromecast app itself (sorry, no icon in the quick settings menu) then tap the new "Cast screen" item. After acknowledging Google's beta warning, you're ready to go. 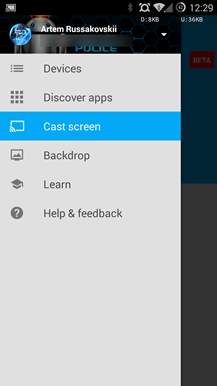 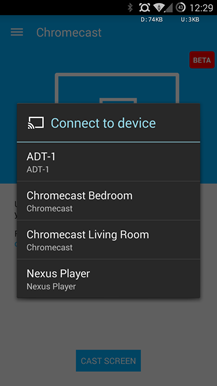 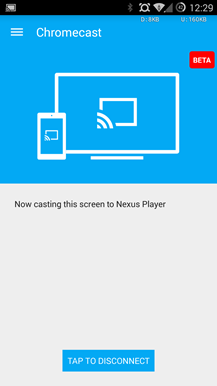 Warnings aside, my DROID MAXX with its somewhat dated processor and graphics chip seemed to stream video about as fast as the top-of-the-line Nexus 6. Depending on your device's manufacturer and perhaps more importantly its software, your mileage may vary. Aside from that very helpful addition and the re-arranged elements and UI, it looks like things are pretty much the same. Expect to see the update coming to your devices via the Play Store in the next week or so... or cut in line and download it from APK Mirror below.