At long last, Chromecast has a functional guest mode. While it presumably has something to do with the update to the Chromecast app that rolled out earlier Wednesday, the change did not appear immediately afterwards. Google apparently flipped a switch on the server side, and suddenly anyone with an up-to-date app can cast to a TV without being on the same Wi-Fi network. We've been waiting for this feature to roll out since it was announced way back in June at Google I/O. 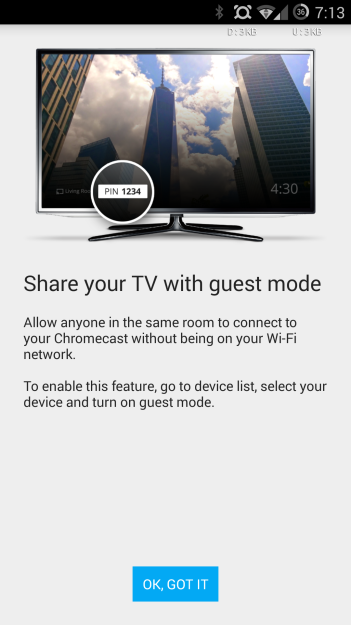 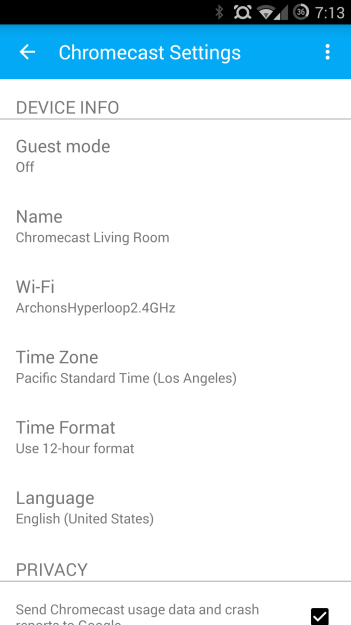 You may be alerted to the new feature after updating. Otherwise, you can go into the device's settings to enable guest mode. From there, it's surprisingly straightforward. To start, the Chromecast will broadcast an inaudible (to humans) tone that will initiate a connection to guest devices that are listening. If that fails, the guest need only to input the code that's shown on your TV. 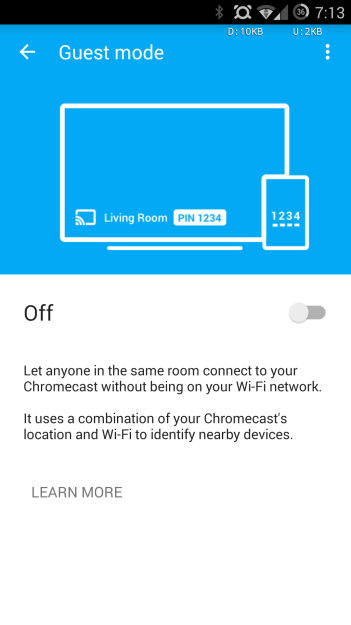 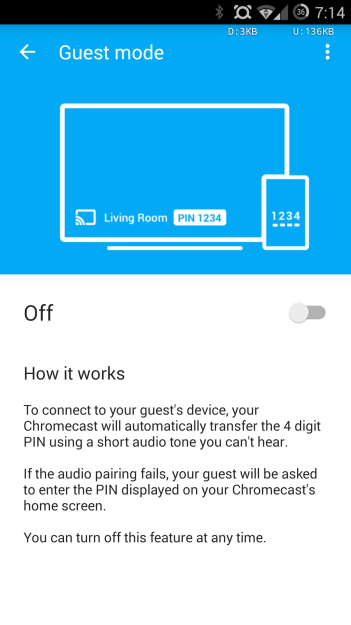 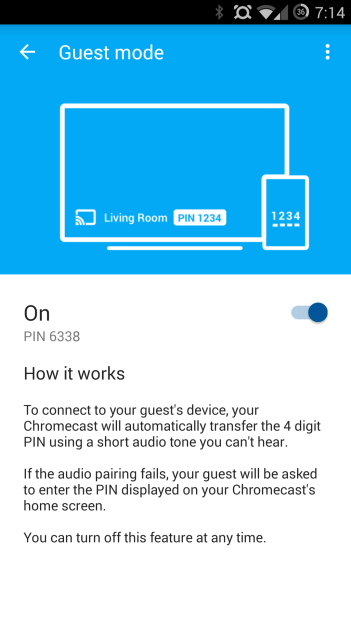 This is a nice update for Chromecast users, especially those who aren't too happy sharing their wireless networks with houseguests. While Chromecast still faces fierce competition from the likes of Roku and Amazon Fire TV, details like easy guest casting can be differentiating features that go a long way.