Google My Maps allows you to create your own custom maps, which you can use to chart out a vacation, plan for a difficult hike, or prepare for a lengthy road trip. There's an Android app dedicated entirely to the task, but in a move that makes your creations even more accessible, Google has given them a prominent location inside of Drive on the web.

Now when you go to create a new document, you can produce a new map by going to More > Google My Maps. 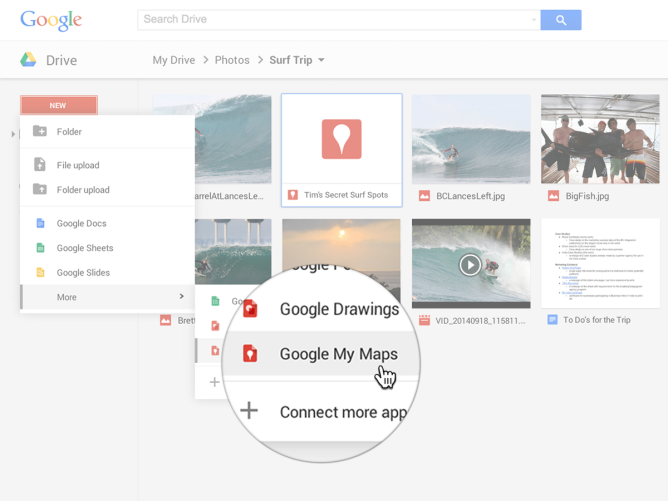 Google is rolling the integration out over the course of the next week. Users will be able to organize maps into folders the same way they manage other files.

The maps themselves have received some enhancements as well. Google has added the ability to add more layers and points of interest. You can also import larger spreadsheets as you insert more data into info boxes.

People are more than familiar with pulling information down from Google Maps, but not nearly as many folks are aware that you can tinker with it as well. Despite tucking the feature away under "More," this addition should help spread the news.