It's Update Wednesday again, and Google is firing on all cylinders. We've seen updates for both Android Wear and the companion app, Chromecast, Cardboard (who saw that coming?), and many more. Google Wallet also found its way onto the list with a few changes to its organization and styling. It started rolling out today, but we've got the latest version ready to download right now.

A post on Google+ earlier today calls out the most significant change for this version, which brings together gift cards, loyalty programs, and offers into a single link on the navigation drawer. These screens have been merged into a single group of sliding pages titled Active, Expired, and Featured. Current gift cards and loyalty programs are shown together on the Active tab, while outdated offers are found under Expired. 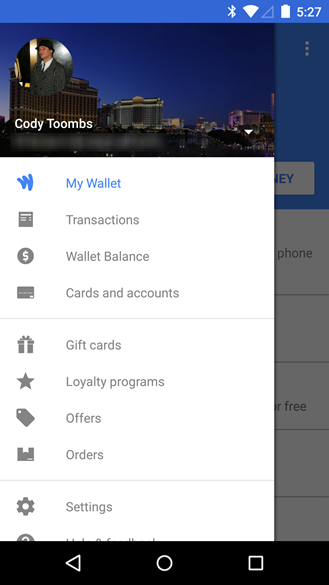 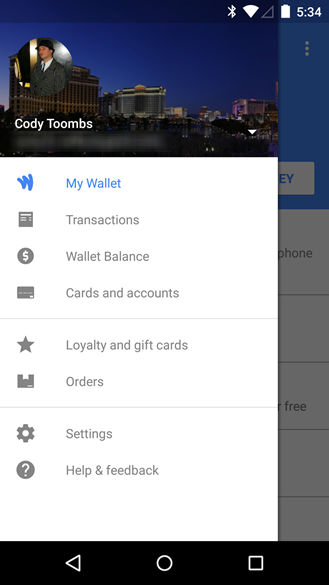 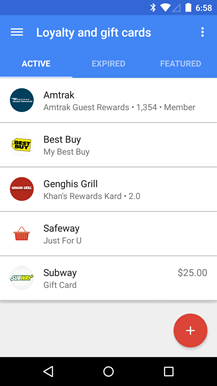 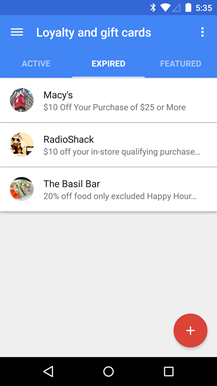 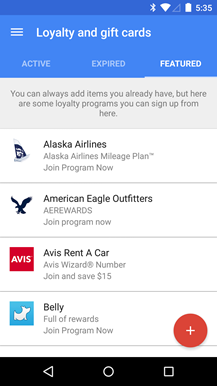 If you're paying close attention, you may have also noticed some cleanup of minor visual elements. For example, the navigation drawer now reaches to the top of the screen, matching the Material Design guidelines.

After doing a teardown, I've also seen signs that there is a change to the notification Wallet gives when users have entered a recognized store or an area with a noteworthy deal. Previously, the notification was fairly simple, just indicating that there were deals present. Now, it appears that Wallet will use a rich notification to show a more detailed description, and includes buttons for 'Next', 'Previous', and 'First' to allow for quickly cycling through the list without opening the app. I don't have a good way to spark this notification where I live, but if anybody stumbles onto a good example of this, let us know in the comments.

- Redeem nearby deals on the go. Access gift and loyalty cards straight from your lock screen on select Android devices