So you got that fancy Sonos speaker (or several ones) and you're annoyed that it only streams music via Wi-Fi from your Android device through the Sonos or Google Play Music apps? Cheaper (much cheaper actually) Bluetooth speakers would allow you to play any audio from any app on them, and Macronos unlocks that same functionality on the Sonos.

The app, which has been available for a while, but only came to our attention recently, serves mostly as a Sonos macro creator — something like a shortcut to play this playlist on this speaker at this volume, while lowering that speaker to that volume. But when rooted, Macronos adds a cool function: it lets you use the Cast Screen option to send audio to your Sonos speakers. The option is only available on KitKat and Lollipop devices (because Cast Screen, obviously), and works by installing Macronos as a system app. This short tutorial explains how to set it up. 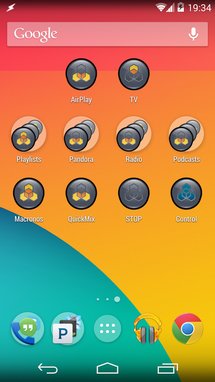 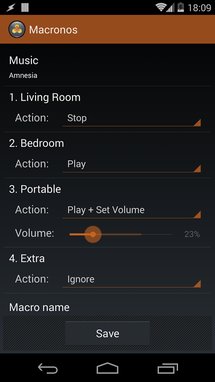 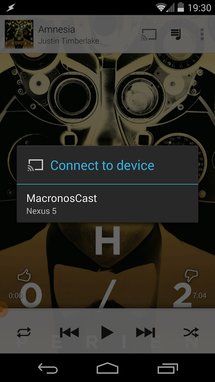 Macronos seems to handle casting well from several Android apps, like YouTube and the regular Spotify app (not that spotty Spotify implementation in the official Sonos app). However, there's a small but noticeable lag when casting the audio to the Sonos speakers, so you may want to hold off on using it while watching movies on your phone.

There are more options and things to tinker with in Macronos, like alarms, automatic pausing when receiving phone calls, Tasker integration, and more. (There's also a regular non-root casting option in some compatible apps, but it seems to be broken at the moment.) The app costs $2.99, which isn't that much when you consider the amount of functionality it adds to your multi-hundred-dollar speaker. 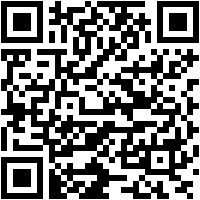