The set-top box market has basically exploded over the past couple of years, with companies like Google, Roku, and Amazon leading the way. The good news is that there's no indication it's going to slow any time soon; in fact, it keeps getting better. Amazon's Fire TV stick is the perfect example of that – it's essentially a Fire TV crammed into an HDMI stick, but at a fraction of the price. I kinda fell in love with Fire TV back when I reviewed it, but for $25-40, Fire TV Stick is the best streaming "box" that you can buy for the money. It out-performs Roku's streaming stick, has a larger catalog than Chromecast, does essentially everything Fire TV can do, and comes in at a crazy-good price. Home. Run.

I'm just going to say this now: between the newest Fire HD Tablets, Fire TV, and now Fire TV Stick, this is Amazon's year. It's easily the Most Improved Player in the tech world for 2014, which is something I never thought I'd say.

I already covered Fire TV pretty extensively in that review, and I compared it to Chromecast, Roku 3, and Roku Streaming Stick in a head-to-head deathmatch. Instead of just repeating things I've already said about the Fire OS TV platform, I'm just going to talk about what's different about Fire TV Stick, where it falls short compared to Fire TV (and its competitors), and why it's still probably the best streaming platform available right now (at least for the money). 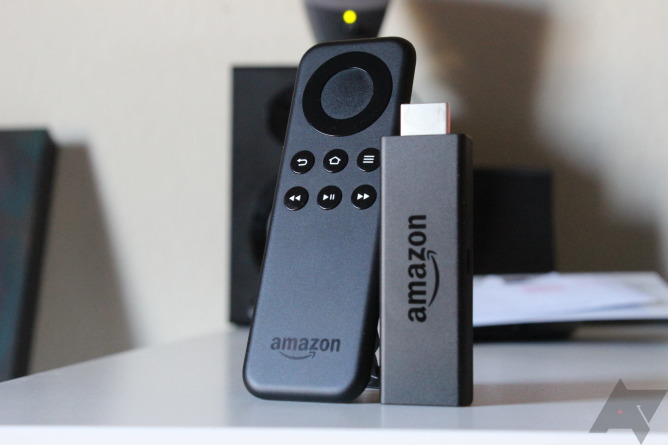 I think the first thing to talk about is Fire Stick's remote. While it's pretty similar to FTV's remote, there's one notable feature missing: voice search. It's not that FS doesn't have voice search, because that feature is accessible through the device's companion app (which can be found in Google Play and the Amazon Appstore), it's just not on the included hardware remote. It's worth mentioning here that you can pair FTV's remote with FS, assuming you want to spend an extra $30 on it. At that point, however, you're $70 in, so you might as well just pick up a refurbished Fire TV box. The Amazon Game Controller (along with a slew of other Android-compatible BT controllers) also work well on Fire Stick, making it great for casual gaming. 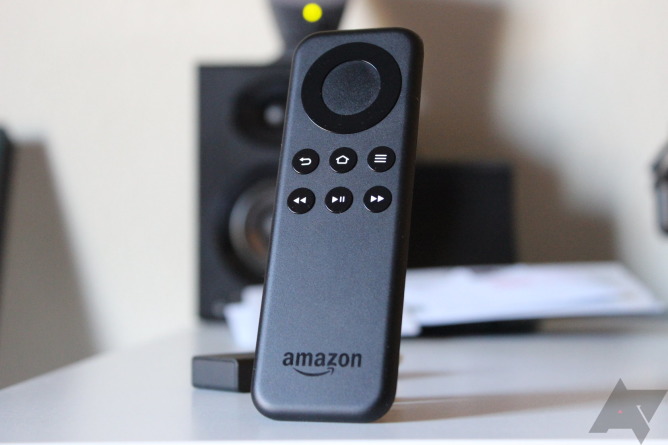 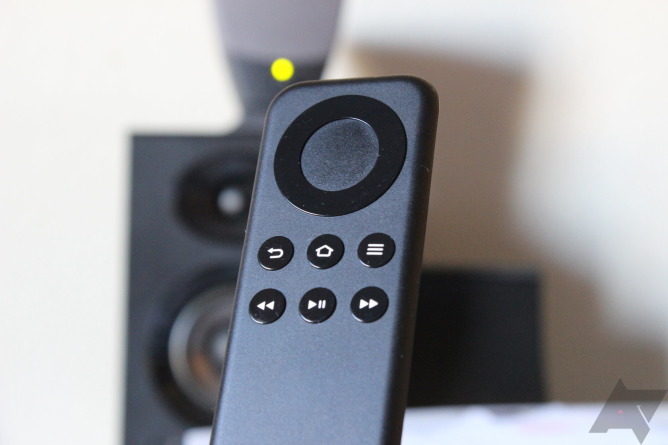 When it comes to performance, the Fire Stick really surprised me. Having used the Roku Streaming Stick, I expected a very underwhelming experience from Amazon's offering in the same price range. Not. Even. Close. The Fire Stick performs almost as well as Fire TV, with maybe slightly more lag. Considering the difference in hardware – Fire TV has a quad-core processor and 2GB of RAM, whereas FS only has a dual-core chip and 1GB of RAM – I was really surprised at how little overall difference there is between the two pieces of hardware. It's a very usable experience, and one that I'm still blown away with for the price. As you can probably tell, that's the big thing with Fire Stick: it's just a whole lot of device for not a lot of money. This is one instance where you absolutely get more than what you pay.

All that said, there are a few things missing from FS's catalog, like Sev Zero, which I only assume is because of performance. SZ was Amazon's killer game title for the Fire TV, which was put in place to show the gaming capabilities of the set-top box. You won't find it on FS, but given its limited hardware, it makes sense to me. This isn't a powerhouse box like Fire TV is, but it's still great for more casual gaming.

On the hardware level, you're also giving up a couple of options with Fire Stick over Fire TV, like a built-in ethernet port for hardwiring the unit to your network and an optical audio out for home theater integration. If neither of those things are important to you, however, then you should be just fine with Fire Stick. 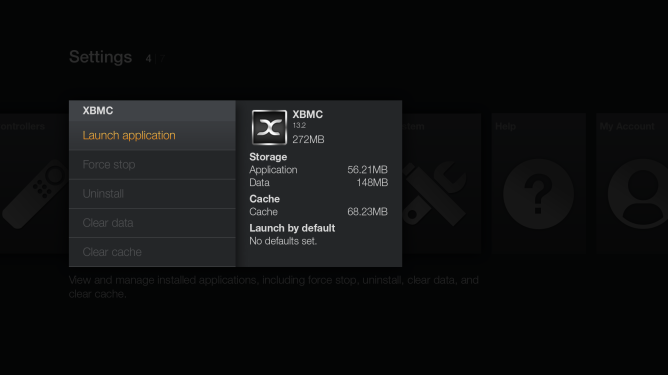 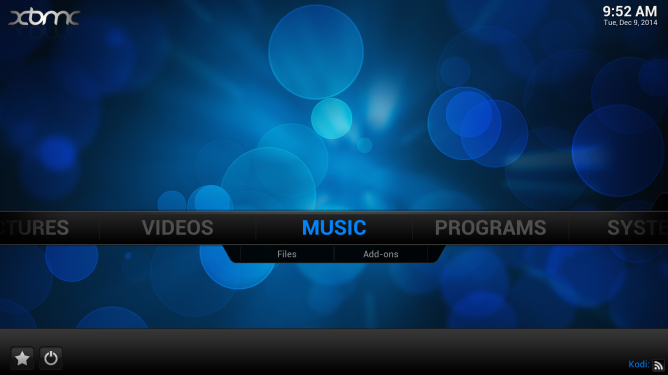 Another great thing about Fire Stick (and Fire TV for that matter) is the ability to sideload apps that may not be available in Amazon's Appstore. This must be done over ADB, which can be a bit daunting for the inexperienced, but it's still a relatively straightforward process. I was able to load up the latest version of XBMC/Kodi with no issues whatsoever, which works very well with FS' remote and adds a slew of utility to an already great system.

When it comes to native app support, the only things that are really missing from Amazon's offering are anything Google related (which will probably never change) and HBO GO, which is slated to hit Fire OS sometime next year. That's one place where Roku has a leg up on the competitors – not only does it have access to HBO, Showtime, and a ton of other popular channels, but it also has Amazon Prime streaming video and Google Play Movies support. It's the only set top box on the market that can say that, which is pretty huge. That said, I can't recommend going with the Roku Streaming Stick, as the performance just isn't very good at all. If Roku is your thing, then the Roku 3 is the way to go – it's a fantastic streaming box. At $99, however, it's also more than double the cost of Fire Stick. If you watch for deals to come up, you can score a Chromecast and Firestick for around $25 each, giving you access to all of Google's offerings, plus everything Amazon has in its store, all for around $50. It's the best combination of price and features; the one downside is that it's not all on the same platform. I don't personally see that as a big deal, but some people might. I can't imagine why, but I'm sure someone out there just hates switching from HDMI 1 to HDMI 2. The struggle. 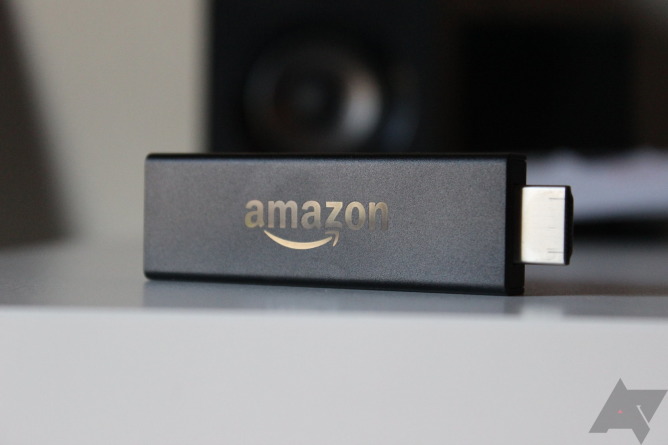 Overall, the title basically sums up my feelings about Fire Stick: it's simply unbeatable for the price. If you are in the market for a streaming device that costs less than $50, Amazon's Fire Stick is absolutely the way to go, no bones about it.