I'm so glad that grown-up strategy is coming to mobile platforms in a big way. Following in the footsteps of XCOM: Enemy Unknown and XCOM: Enemy Within, developer Hairebrained Schemes has published Shadowrun: Dragonfall on the Google Play Store. This is more of an expansion of Shadowrun Returns, which launched on Android back in September of last year, than it is a direct sequel. It's yours for $6.99, no previous purchases necessary.

The Shadowrun video games are based on the roleplaying board games of the same name - think Dungeons & Dragons meets Blade Runner. Dragonfall is a separate steampunk campaign, wherein a dystopian Cold War allegory plays out through tactical RPG progression. The elements that made the previous game a hit are all here, including turn-based grid combat, fantastic 2D backdrops, varied races and classes for your party, and the trademark mix of fantasy and sci-fi elements. The new game boasts enhanced visuals and a tweaked user interface across its five story missions and twelve side missions.

Dragonfall "Director's Cut" is available for most devices running Android 4.4 or higher, including smartphones, though I really would recommend a tablet for this style of game. It's adapted from the PC version, so trying to run it on older hardware is a recipe for frustration. There are no in-app purchases, and the $7 price tag is a bargain compared to the $15 cost of the Steam version. 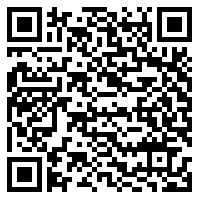 Exclusive: Upcoming Version Of Google Translate Will Include WordLens Image Translation And ...