Back when we first took a look at the design initiative that would become "material design," we noted that Google planned to update apps incrementally, with changes happening over an unspecified period of time, until they'd evolved to full compliance. A couple of months ago Hangouts began its journey, but to many the app still doesn't feel quite up to par. A messy, improperly-layered drawer, lack of some familiar actions from the app's previous iteration, and of course no revised launcher icon are a few complaints begging for resolution.

Since that last design update, we've been waiting on the edge of our collective seat for the fabled update that would "fix" Hangouts. We've got a few screenshots to share with you that represent the next step in Hangouts' evolution. While the design shown here isn't perfect, and may not resolve all aesthetic or functional complaints, it is a step in the right direction - the hamburger drawer has been updated and trimmed, there's a new color palette (which extends to the status bar), some new iconography, and a new launcher icon that matches the style of Google's Hangouts Dialer app (and the icons that we saw back before I/O).

As you'll see below, the actual style and functionality of the app is largely unchanged. And while the drawer is revamped to use the new profile picker, the hamburger icon is actually just the previous app's icon scooted out 16dp from the edge, rather than a proper icon (the revamp of Google Docs uses a similar technique). 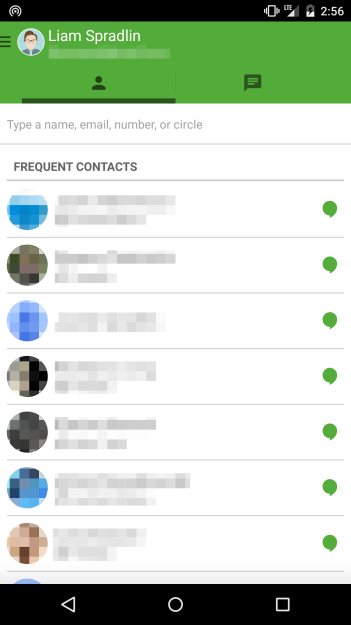 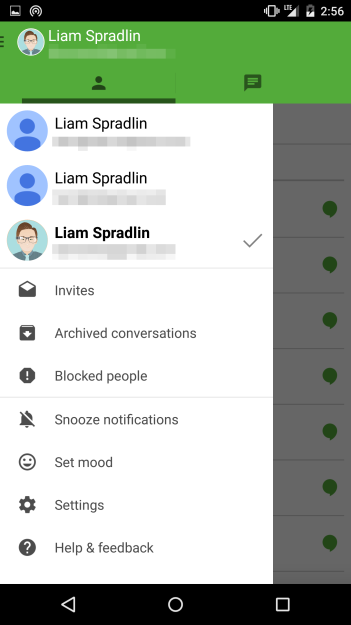 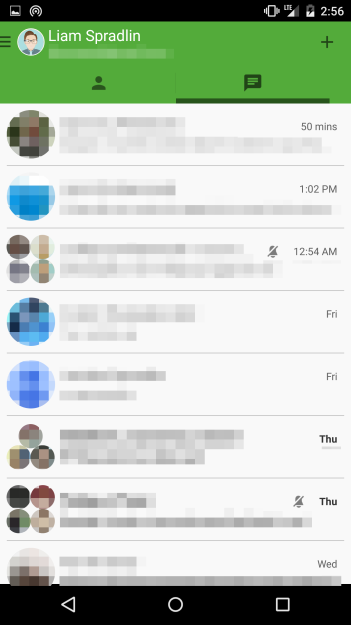 Above: old, Below: new 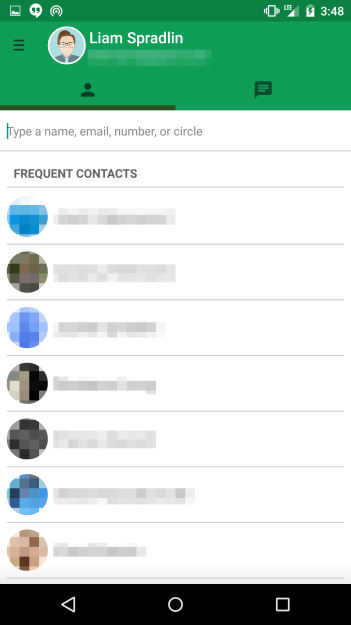 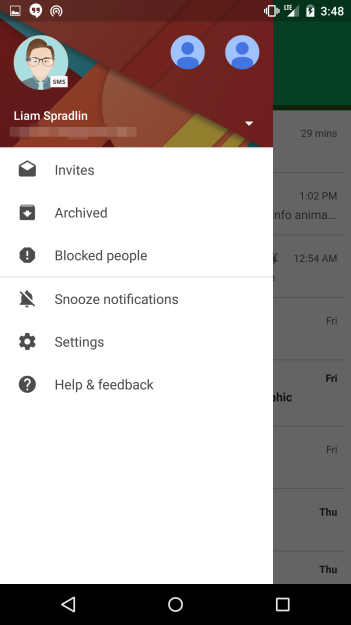 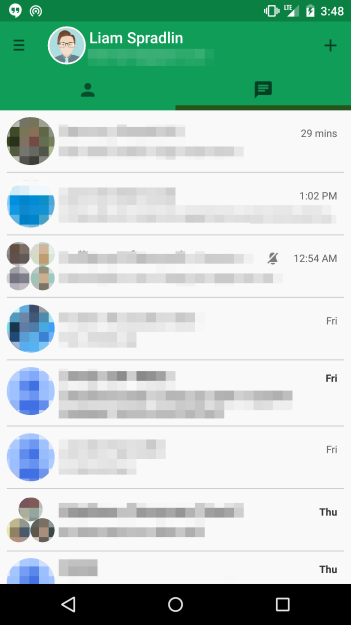 I've yet to locate the "mood" setting in the new app

In the conversation view, the back arrow has transitioned to the appropriate icon, and the "attach" icon has been updated as well. The redundant emoji button is gone too, at least when using Google Keyboard. Update: It looks like this behavior is because of Lollipop/Google Keyboard, not Hangouts, as the old Hangouts also eliminates the emoji button on Lollipop. 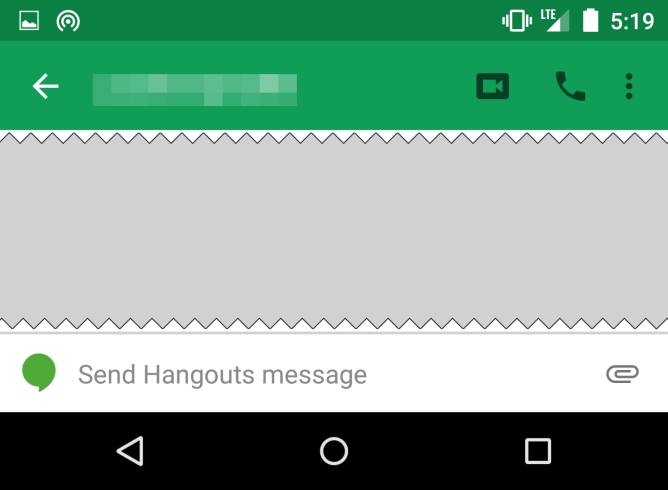 In the end, it seems that this update probably doesn't represent Hangouts' final materialization. There are still a few quirks to work out, and even the settings menu retains the old holo-style layout and checkboxes. That said, it's still a step in the right direction, and hopefully we won't have too long to wait for the app to complete its metamorphosis.