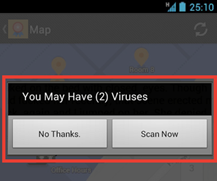 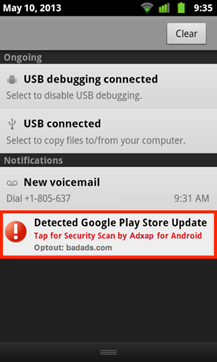 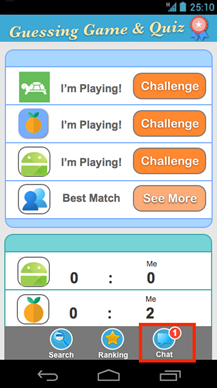 OK, that makes sense. But Banaś didn't understand what portion of SCR Screen Recorder 5+ Free could have violated this policy. And even more frustrating, no one at Google was willing to tell him - they instantly removed his app citing the linked policy as the problem. Even that's kind of understandable; Google probably flags thousands of these apps every day, and trying to contact each and every developer (many of whom are probably dumping apps on the Play Store with no afterthought) wouldn't be practical. So Banaś used the Play Store's built-in appeal system to try to get his app reinstated.

The appeal was denied. No explanation was given. The SCR Screen Recorder 5+ Free app was banned from the Play Store permanently. And Banaś didn't know why.

This story has a happy ending (sort of): eventually Banaś discovered the problem with the original app, and SCR Screen Recorder 5+ Free is now available again, under a separate Play Store URL with the download counter reset. (That's a big deal for an app that had over 2 million downloads, especially for an independent developer.) So what got the app booted in the first place?

This pop-up message didn't have an app icon associated with it. 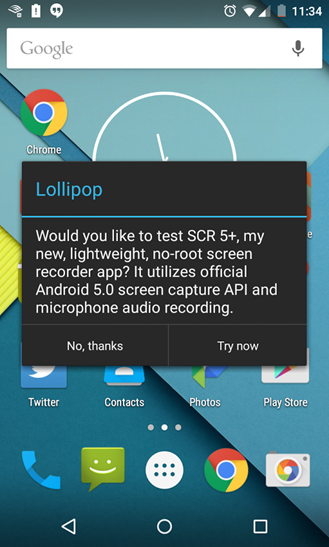 Apparently that was enough for Google to claim that SCR was impersonating an Android system message, and summarily boot the app off of the Play Store.

The problem here is not with the Play Store's rules or app guidelines, though the fact that such a trivial error caused such a headache certainly warrants close examination. No, the problem is that at no point was Banaś told precisely why his app was found to be in violation of the rules, even after reaching out for an official review.

With thousands of new apps being released in the Play Store every day, and tens of thousands of updates, it's easy to see how Google could take a hands-off approach to its developers. It's also clear that devs who have made genuine (and as in this case, trivial) errors are being swept under the rug, and not given any real feedback on how to correct their apps' problems. 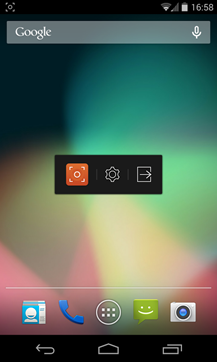 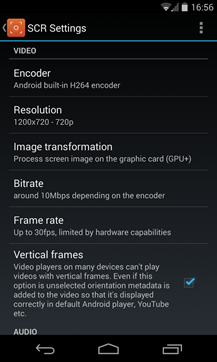 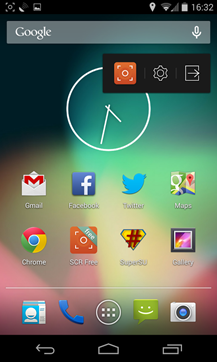 Unfortunately, developers don't have any real recourse to change the system for the better. Google is famously unresponsive when it comes to human beings seeking customer service, and developers on the Play Store are Google's customers (and partners) in a much more tangible way than end users are. We can but hope that posts like this one help to highlight these deep-seated issues with the way Google polices apps on the Play Store.