Our readers in Mexico probably don't have a lot of sympathy for those of us still ticked that we can't grab a Nexus 6 from the Play Store or Motorola itself. But starting next week they'll have the chance to get their own... or more likely, be just as pissed at Google's lack of foresight for another major phone launch. Google Mexico just posted the Nexus 6's Mexico launch announcement on Google+. 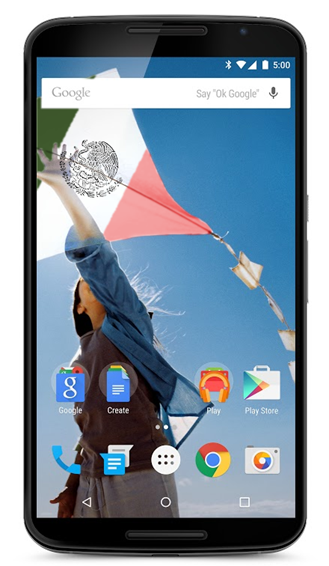 Here's the skivvy: Mexican Android fans will be able to order the Nexus 6 from Motorola.com.mx (not the Play Store, apparently) starting next week. The price for the 32GB Cloud White model will be 9,999 pesos, approximately $710 at the current exchange rate. Compare that to the similarly-equipped Moto Maxx at 8,999 pesos. I'd tell you the price for the 64GB model, but it doesn't appear that it will be available at launch - ditto for the blue color option.

The bad news is that with a single point of sale for the entire country, the Nexus 6 will probably be at least as hard to find in Mexico as it is in the US, if not more so. The good news is that Google has promised updates for more retailers and carriers "soon." So if you can't get one right away or you're short on cash, hopefully it will become easier before too long.