Remember last night, when we were excited about the Galaxy S5 getting its Android 5.0 update already, at least in Poland? That was nice. Let's try to hang on to that warm, comforting feeling while we face this cold fact: a combination of lowered expectations for non-flagship devices and good old US carrier apathy means many Android owners won't be so lucky. For example, the Galaxy S4 Zoom on AT&T is just now getting its update to Android 4.4, more than a year after the release of both KitKat and the phone itself. 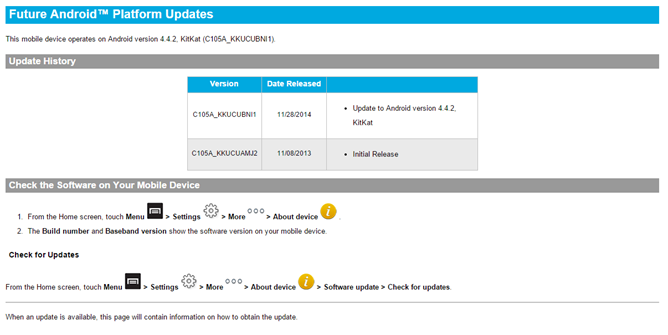 But enough whining. If you happen to have Samsung's odd phone-camera hybrid, perhaps as a result of some of the impressive discounts AT&T has added to the device, an over-the-air update is headed your way now. It doesn't look like any of the usual user forums are reporting a rollout for the AT&T model just yet, so it could be a few hours (or days) before it begins, and up to a week or more before it reaches every applicable user. The C105A_KKUCUBNI1 update is in fact the only one that the phone has been given since its November 2013 launch... and it's only to 4.4.2.

Samsung's support page doesn't list any additions beyond KitKat, so the changes to its own TouchWiz skin and the S4 Zoom's camera software may be minimal. If you've managed to root or otherwise modify your phone (which some have, despite AT&T's best efforts), you can expect the update to either fail or remove your superuser permissions. Everyone else can check the usual Settings menu for the update.

Runtastic Wants To Whip That Ass Into Shape With Its Newest App, Butt Trainer