It's also worth mentioning that this isn't really an entirely different device – it's a Kindle Fire HD 6/7 with a special software layer for kids' accounts, along with a protective bumper. That means mom and dad can easily share the device with their children (or vice versa), as it easily flows between kid-friendly and adult use. I absolutely love that. 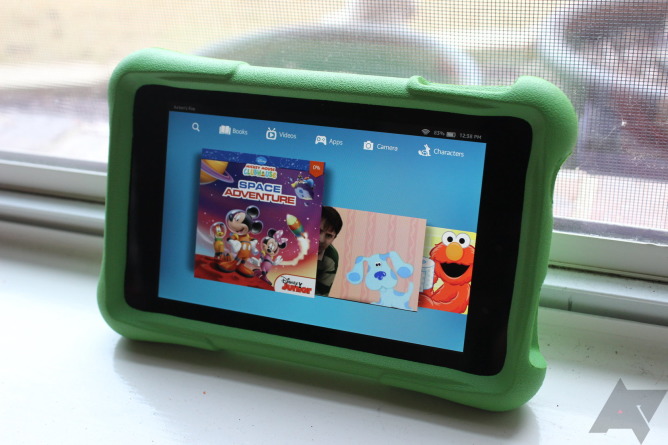 Since I've already talked about the device's design, build quality, and display in the Fire HD 6 review, I'll point you in that direction for a better idea of what to expect on the hardware level. That said, I want to talk about the included bumper before we get into the unit's software.

Putting a protective layer on a tablet designed for kids is nothing new – Fuhu has been doing it since day one with the nabis. That said, I think Amazon did it better with the FHD Kids. The concept is still the same as all the others – it's just a soft-touch bumper that protects the device from falls. What it's made from, however, seems to be superior. It's not as "rubbery" feeling as others I've handled, and it just feels more durable. I really like it. Other kids' tablet manufacturers should take note.

With that bit out of the way, let's talk about software. 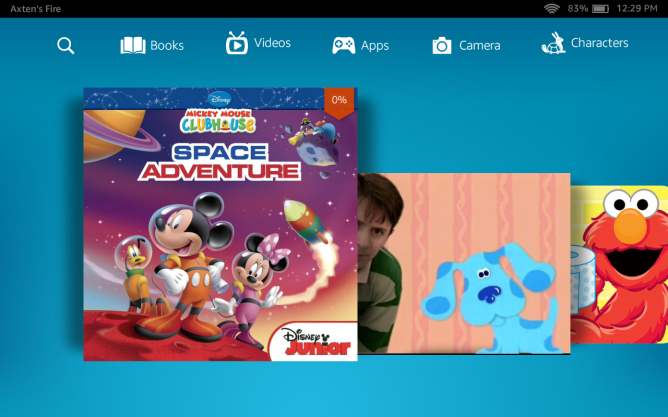 Like I said above, this is basically just a Kindle Fire HD 6/7 with an additional software layer on children's profiles. While even the default FireOS interface is what I'd call simplistic, the kids' interface takes that up a notch, which I find to be brilliant. It's very, very easy to use, and extremely intuitive. It's broken down into categories: books, videos, apps, camera, and characters. Once a category is selected, the appropriate content is displayed below. It's just so simple.

Parents are also able to add any app, book, or video to the child's library, which is a nice touch. By default it only allows content that's suitable for kids, so I like the option to add anything I see fit for my own child.

Yes, my son's name is Axten. But we call him Ax.

The software layer is called Amazon FreeTime (which can be used on any of the new Fire HDs), and allows parents to set limitations on what kids are doing with the device. The controls here appear to be pretty granular, as there are options for when the tablet can be used, as well as certain goals, like reading, for example. It can even be set so the child can't play games (or the like) until the educational goals have been met. The screen-on time can also be controlled, and each type of activity – reading books, watching videos, or using apps – can be controlled individually. It's an extremely easy to use system that keeps everything in one place and just makes sense. The FHDK comes with a year of FreeTime Unlimited, as well, which brings Amazon streaming content – books, movies, etc. – to FreeTime.

Lastly, let's talk about what I think is the biggest selling point of the FHD Kids: the warranty. Amazon is offering an unprecedented 2-year, no questions asked warranty on the Fire HD Kids – if anything happens to the device during the first two years, Amazon will replace it without question. That's killer. Of course, the price is jacked up a little compared to the equally-sized non-kids Fire HD Tablet, but c'mon, you're getting the additional interface, FreeTime, and a bumper to go along with that warranty. That's a damn good deal in my opinion.

So here's the deal: this might be the best kids tablet out there right now. Fuhu's nabis and DreamTab are both pretty solid choices as well, but the nabi 2's hardware is getting pretty long in the tooth at this point, and the DreamTab is quite a bit more expensive than the FHDK. The upside there is that they both have Google Play, whereas the Fire HD only has Amazon's appstore.

It's also worth considering that the FHDK is essentially a regular Fire tablet when the bumper is removed and an adult profile is launched, so if you're on a tight budget and want something that multiple people can use, you really can't go wrong with Amazon's offering. 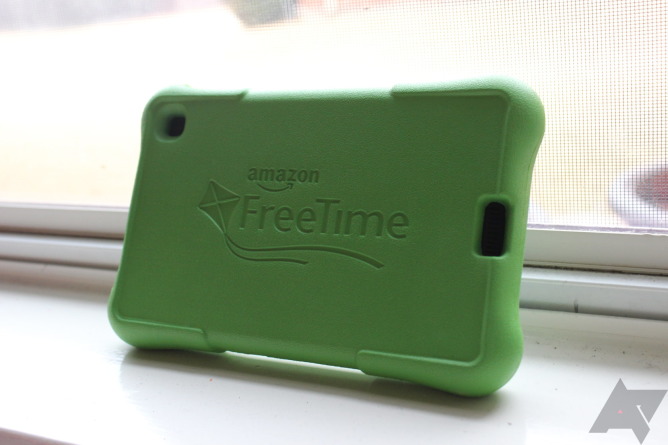 In short, this is Amazon's year for tablets. The prices are right, the sizes are right, and the software is better than ever before. I loved the Fire HD 6, and the Fire HD Kids has won me over, as well. If you're looking for a great kids tablet this holiday season, don't hesitate to pull the trigger on this one.

The Nexus 6 Comes To Mexico Next Week Via Motorola.com.mx, 32GB Model Will Sell For 9,999 Pesos