Are you tired of reading about some of the more nefarious developments at the Big Four US wireless carriers? Are you stuck in a two-year contract that you signed to get a steep discount on your phone? Are you ready to make a change to a carrier that at least pretends that it needs your business? Then Ting would like a word. The Sprint MVNO is doubling down on its offer to help pay off your early termination fee, up to $150. 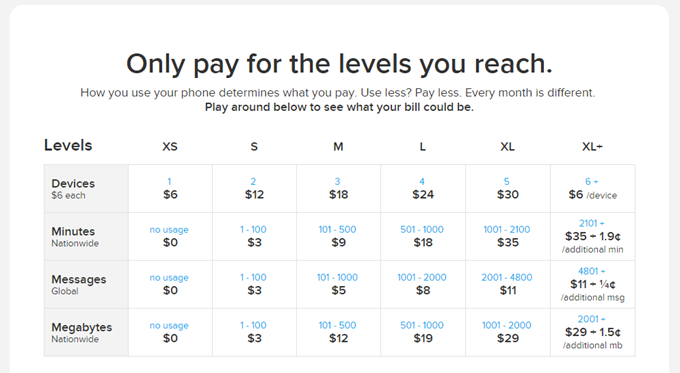 Before today, Ting offered only a $75 credit for switching customers. The new offer also applies for families where each member has an applicable ETF, though there's no discount on the service itself for multiple phones. While $150 won't get rid of ETFs for most people (Verizon's maximum ETF is a whopping $350, for example), and larger companies like Sprint are offering even more incentive for people to switch, this is not an insignificant offer for a smaller company. Ting is ideal for users who only need a tiny amount of voice minutes and data, because the MVNO's services can be bought in small chunks for as low as $3 (see above). With the boom in VOIP and Wi-Fi calling from services like Hangouts, careful users could save a lot of money.

Switchers should be aware that Ting is a Sprint MVNO, so only Sprint-compatible devices (that have been unlocked after completing or paying off a contract) can be brought to the service. Ting does sell at least some of its own phones, from older and budget-oriented devices up to flagships including the Nexus 5, Galaxy S5, and HTC One M8, without contracts. Nexus 6 phones sold via the Play Store and Motorola.com should work with a Ting SIM card.