Whether or not you know the name, you've encountered a CAPTCHA before. It's the little window typically found at the bottom of an online registration form that's meant to separate real people from robots or scripts that could potentially flood a site with phony accounts and fraudulent purchases. reCAPTCHA is a Google-owned implementation that you've probably seen across the web, and convincing it that you're a real person usually consists of squinting at a set of funky letters and re-typing them as best as you can. The experience is frustrating on a PC and just plain aggravating on a mobile device.

Now Google has introduced a new API that should make the entire experience more pleasant. It's called the "No CAPTCHA reCAPTCHA".

The new system simply asks if you're a robot and takes your word for it. Just check the box confirming that "I'm not a robot." Though when more is required, it can still shoot up a picture of those funky letters to really prove you're real. But if you're using a mobile device, there's an alternative method that is significantly easier. 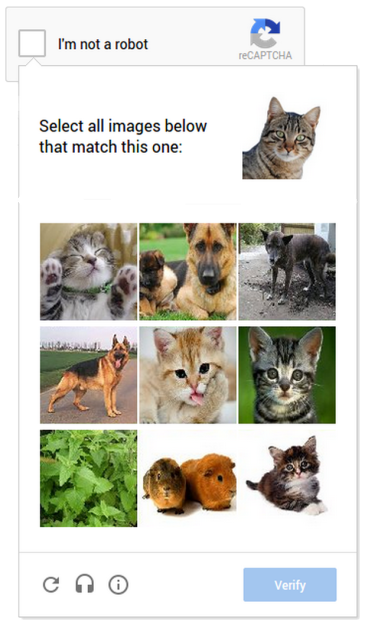 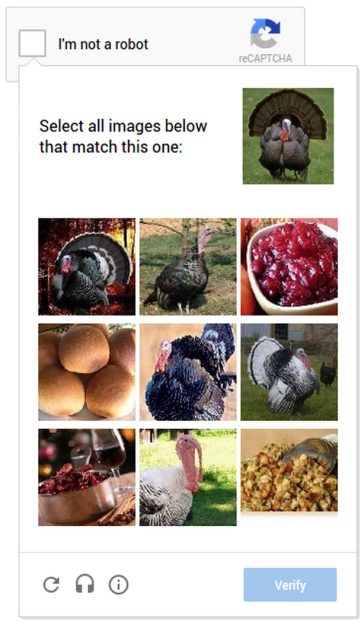 Instead of wrestling with their virtual keyboards to peck out the correct string of letters, mobile users can now tap on corresponding pictures. It's a system that might just cut down on the number of times people wait until they're at their PC before signing up for stuff.