One of the nicest little surprises lurking in Android 5.0 is the support for native on-device screen recording. The ADB screen recorder was added in KitKat, but now we can finally do it without a cable. Apps are still being updated with support, but AZ Screen Recorder is a new listing that seems to hit all the high points, and it's free. 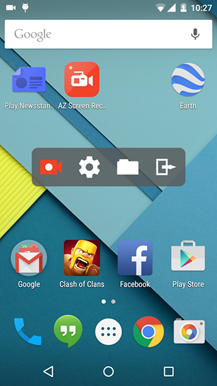 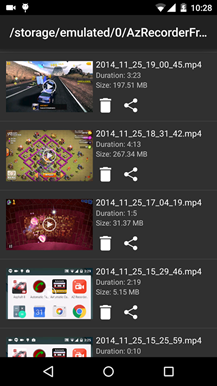 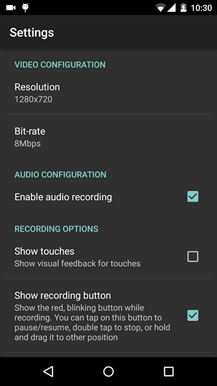 When you start AZ Screen Recorder, it pulls up a floating recording panel that can be used to start a session, see recent recordings, access settings, and exit. In the settings you've got a good selection of features. This app can toggle show touches, has different resolutions, various bitrates, and records audio from the mic. You can end a recording at a set time (no limits) or by putting the screen to sleep. The developer is also working on a countdown option for starting recordings, though the floating panel makes that less necessary.

AZ Screen Recorder has an optional floating playback button in the corner of the screen that can be used to pause and end recordings. It shows up on the final video, though, so you may want to rely on the other methods above. Still, that's a cool option if you don't mind the little red dot. Those options are also in the notification shade during a recording, but then you have to open it at the end of your video.

This is all free and there's no watermark on the video (unlike SCR Free). The developers might add some paid features in the future like trimming clips and recording only a small area of the screen.

Sprint Offers To Cut AT&T And Verizon Wireless Bills In Half For Customers Who Make The Switch ...