On December 2, 2014, AT&T and Samsung released a software update for the Samsung Galaxy Note 4. This software update bring HD Voice capabilities, as well as additional application preloads, and improvements. The size of the update file is 184MB, and is available for download via Wi-Fi only.

AT&T's version of the Galaxy Note 4 is receiving a substantial over-the-air update to a new build (AUCU1BNK3) today, though we don't know much about what the 233.7MB package does. 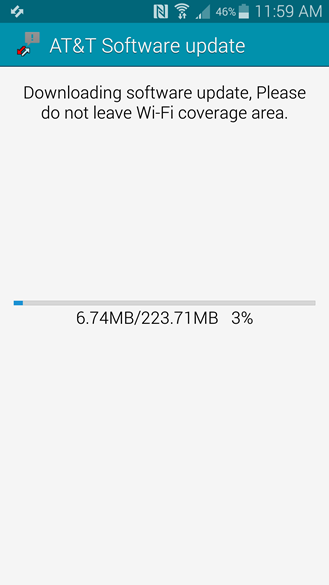 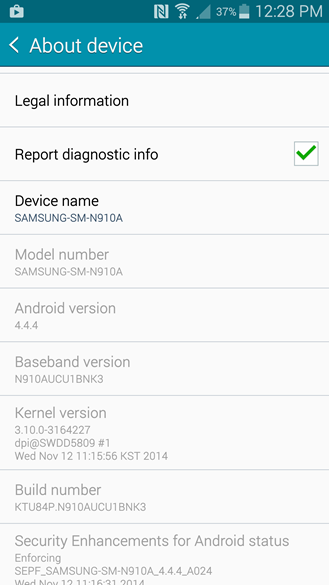 It seems probable that a big part of this update is the Chinese language support which Samsung has begun adding to many of its phones in America via OTA in recent months, including T-Mobile's Note 4, which received a 128.4MB OTA of its own a week ago. A quick peek into the language settings does reveal Chinese has been added. The rest I'm not so sure about - nothing's sticking out yet aside from Evernote now being bundled bloatware (more like Everbloat am I right), though I'm sure there are a lot of small bug fixes and performance optimizations packed in here, as well.