Most of you have probably heard of theoretical physicist and author Stephen Hawking, one of the most high-profile scientists in the world. Hawking suffers from a rare condition related to amyotrophic lateral sclerosis that leaves him with extremely limited movement; for the last few decades he has used a customized mobile computer and a voice synthesizer to speak and write with tiny muscular actions. The latest version of his personal setup was created with the help of Intel and SwiftKey, and the keyboard software developer detailed the process on its company blog. 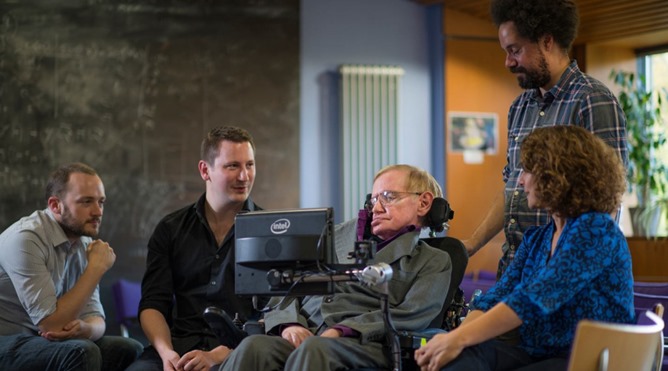 According to SwiftKey, the prediction and correction software running on Professor Hawking's mobile computer has been completely tailored both to his non-standard method of text entry and his vocabulary and writing style.

We found that the nature of Professor Hawking’s mistakes is fundamentally different to those mistakes of your average smartphone user. While one of our biggest demographics is the fast, sloppy typist who writes texts or tweets, Professor Hawking is an excellent, accurate speller and uses his system to write long-form lectures and books. The aim was to enable him to write and speak with greater ease for longer periods and minimize typos.

The company pre-loaded a customized language model for its keyboard with input from Professor Hawking's writings, both in published books like A Brief History of Time and in his personal documents. The public version of SwiftKey adapts to users' input as they use the keyboard - presumably pre-loading it with hundreds of thousands of words helps to create a super-accurate and customized version of the app. The software can even be loaded for a specific use case, focusing on a smaller subsection of Professor Hawking's work to help him finish whatever writing or speaking he's doing at the time. 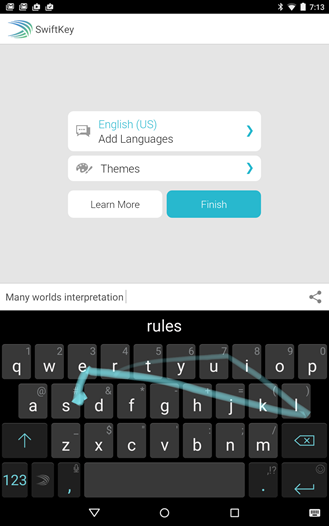 SwiftKey SDK team lead Joe Osbourne made no bones about the improvements his group has been able to make to previous versions of the text input and voice synthesizer setup. "We estimate that our technology has roughly doubled Professor Hawking’s speech rate to date," he writes on the SwiftKey blog. According to this report in The Telegraph, Professor Hawking now needs to type an average of only one in five letters.

Intel supplied the hardware component of Professor Hawking's latest setup after three years of development, replacing a mobile computer system that the professor had been using for more than twenty years. The new software mimics his old setup's user interface and uses the same distinctive synthesized voice that he and his colleagues have become used to, adding faster and more efficient systems underneath.

Medicine has not been able to cure me, so I rely on technology to help me communicate and live. The development of this system has the potential to improve the lives of disabled people around the world and is leading the way in terms of human interaction and the ability to overcome communication boundaries that once stood in the way.

[Deal Alert] Get Unlimited Mobile Cloud Backup From IDrive For $10