Update: We've heard from a source close to Digital Turbine that the software is not supposed to re-install bloat apps after they have been removed by the user. Once they're gone, they should stay gone, barring a factory reset of the phone (at which point they will reinstall, but again, only once). Digital Turbine was also not able to reproduce this behavior in its own testing on the T-Mobile Note 4, so it's not clear what went wrong for this particular user. The source also made clear that data used by Digital Turbine does not count against user data caps.

Welcome to the latest edition of "What the hell is wrong with carriers?" In this installment, we discuss the newest carrier attempt to further monetize customers (that's us) with a service called Digital Turbine Ignite. This service is already being included on a few T-Mobile and Verizon phones, and it allows the carriers to push new apps to your phone without warning. It almost goes without saying users are not happy about this one bit. 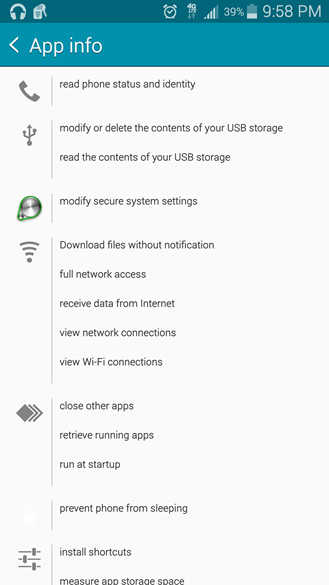 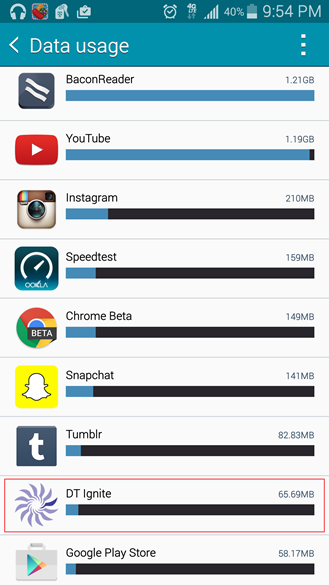 The app package is called DT_Ignite, and its sole purpose is to download and install apps without going through the standard Android package manager. This is shady, but the lack of information provided to users is absolutely unconscionable. So how does Digital Turbine rear its ugly head? You get a system update (as T-Mobile Note 4 owners recently did) and suddenly Cookie Jam, Drippler, and RetailMeNot are on your phone (the apps will vary by carrier and device). Weird, but not the end of the world—you uninstall them and go on with life. The next time you reboot your phone, though, the apps are back. Ignite keeps reinstalling them.

The scenario described above is T-Mobile's implementation of Digital Turbine Ignite on the Note 4. This appears to be the same service that Verizon used to install bloatware apps on the LG G3 a few months ago. Those were uninstallable and didn't come back (at least at the time), so there's apparently some flexibility in how Ignite is implemented. Still, now that we know it can be used to constantly push apps to a device (not just during setup), it's much more worrisome. And of course, as a system app Ignite has plenty of permissions. It also eats into your data cap to download these apps, but it's not clear how much effect that will have long term.

Most people would assume they had some sort of crazy malware infestation if apps kept installing themselves, and that's what many users are calling Digital Turbine—malware. I don't know if it's necessary malware, or maybe more of a malware/adware combo thing. Whatever it is, it's a really bad idea. Digital Turbine doesn't make itself known to the user, and that's probably by design. The company pitches Ignite as a way for carriers to get "customized CPI deals" by installing apps onto customer devices automatically.

The idea of carriers adding apps to a device is nothing new, but they are usually included in the ROM or with Lollipop as standard removable apps. Digital Turbine seems like a step backward (and sideways into a different dimension of annoying). The apps don't have to be built into the ROM—good. However, they can continue reasserting themselves when you get rid of them without any explanation. If you know what's going on (which almost no one will), you can find the Ignite client in the app settings and disable it, thus ending its silent app install binge. It's a system app, so it can't be uninstalled itself without root. You might know how to do this, but most people do not. It doesn't matter if this app qualifies as malware or just a misguided attempt to speed up device updates—Google has a better solution in Lollipop. Digital Turbine can stop now. Okay?

It is entirely possible Ignite wasn't supposed to work this way on the Note 4—it might just be a bug. Still, I can't quite come to terms with an app on my phone allowing the carrier to silently install apps at any time. Again, that's not how Verizon pitched the system on the G3. It's capable of much more than we thought, but it might not even be so bad if there was some sort of opt-out message presented so users could at least know what was happening. Hopefully the constant installations are just a bug on T-Mobile's end, but we'll have to see how they respond. I guess what I'm saying here is, let's not completely freak out yet, but get your freak flag ready to fly just in case. We'll update if we hear anything.

Wall Street Journal: The Next Version Of Google Glass Will Have Intel Inside