Update 2: Cyanogen Inc. has clarified how updates will work. If a device is shipped with CM, it gets updates even if it's sold in India. It seems like OnePlus might have jumped the gun a little. While there is a deal with Micromax in India, it does not preclude Cyanogen from updating OnePlus units.

Indian Android fans had something to look forward to when it was announced last week that the OnePlus One would be sold on Amazon in India. However, OnePlus is dashing everyone's hopes with an update on its Cyanogen partnership. It seems Cyanogen Inc. has granted exclusive rights to use CM in the Indian market to Micromax, which means the OnePlus One won't be supported with future CyanogenMod updates. 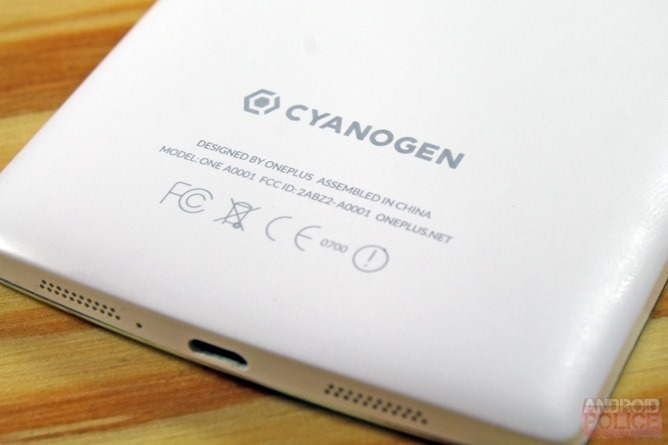 According to the blog post, this decision comes out of the blue. Recent updates to the One's build of CM prepped it for Indian regulatory requirements, but now that seems to be for naught. Instead of running CyanogenMod, the Indian One will be the first device to have the company's custom build of Android, which it was already developing. The first community build will be ready in December and final commercial builds will be out in February. It's not clear if the ROM will be ready in time for the launch, but the device won't be getting any CM updates either way.

The company pledges to avoid unnecessary skinning in its ROM and include only the features its users ask for. OnePlus says it will set up events in India to help owners flash their devices to the final ROM when it's available, but that sounds logistically difficult. The team obviously did not expect to be selling a device without final software.

This announcement probably signals the end of Cyanogen's partnership with OnePlus. You don't have a falling out like this and go right on to partnering on the next phone. The fact that OnePlus has been developing its own Android build suggests it knew the CM deal wasn't forever. Maybe it ended a little more abruptly than expected, but it seems like this was Cyanogen's call to make.