Plume is one of the more long-standing "power user" options for Twitter on Android, thanks to a ton of built-in features, a customizable scrolling widget, and solid notification support. It's also one of the better apps in terms of visuals, even before the latest update. But the new beta available on Plume's Google+ community brings the app into the Android 5.0 era with some noticeable changes to the app's visual layout. 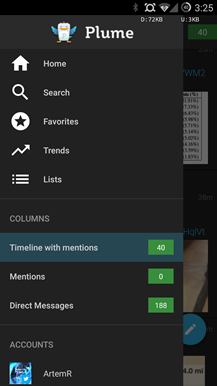 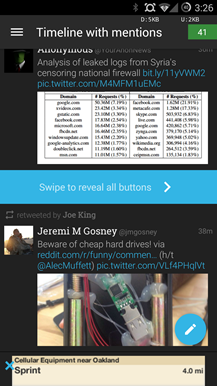 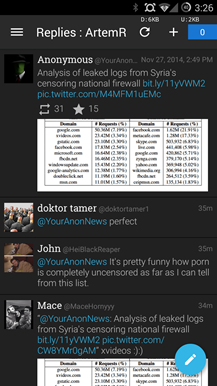 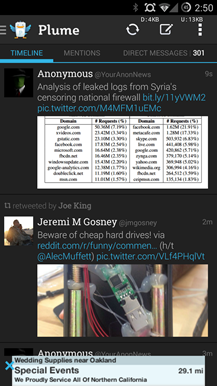 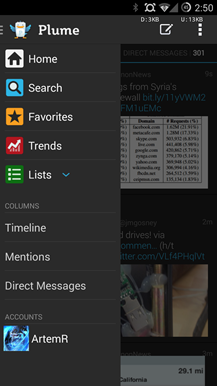 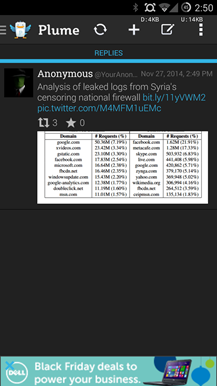 The flat colors and high-contrast visual elements are immediately apparent, as is the floating "compose" button at the bottom of the main Twitter window. (Compare to similar elements in Gmail and other Twitter clients.) The Unread counts on the main timeline view and the slide-out menu are particularly improved, thanks to a solid green background instead of a simple bold text. Check out the elongated hamburger button, which hides the app icon in the slide-out menu. The widget doesn't seem to be changed in any noticeable way.

The newest beta version is build 56521, accessible by joining this Google+ community, then opting-in to the beta on this Play Store page. You can expect to see these changes applied to the standard version of Plume sometime in the near future. [Update: Correction] The OnePlus One Won't Have CyanogenMod In India Because Micromax Has Been ...