In the various episodes of Valiant Hearts: The Great War, you'll follow the stories of a German family living in France as the war begins, after which the father is deported and drafted into the German army. In serving the story, the gameplay shifts between small portions of adventure-style point and clicking, simple puzzles, and low-stress action segments. You'll do everything from dodge bullets to drive vehicles to perform battlefield surgery, none of which is particularly difficult, because Valiant Hearts is more interested in telling a surprisingly human story.

This is contrasted in an interesting way by the cartoony hand-drawn art, which often clashes (in a good way) with the bleak events and themes. In between the gameplay, Valiant Hearts will try to educate you about The Great War. Items and locations in the game have extensive museum-style flavor text that gives you historical context for the fictional story.

Valiant Hearts has been available for PC, consoles, and iOS for a while now, and there are two ways to play it on Android: on your phone or tablet or your Android TV device. Well, sort of: the Play Store listing for the Android TV version isn't compatible with the Nexus Player or the ADT-1 developer box, which means that nobody's playing it until someone makes more Android TV hardware (or Ubisoft fixes its Play Store compatibility settings). On regular Android, you get the first chapter of the story with your $5 purchase of Valiant Hearts: The Great War, with more chapters available as in-app purchases at $4.48 each, or you can get episodes 2-4 together for just shy of ten bucks. There are four episodes in total. We don't know if the $15 Android TV version includes them all, though the listing is set up for IAP. This is about the same price overall as the Steam version. 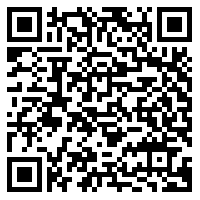