While manually syncing your phone's linked accounts isn't something most of us are in the practice of doing these days, there are situations where it can be prudent to disable syncing certain items, such as those you don't find yourself using very often. Previously, when you did want to sync these un-synced items on your phone, you went into the accounts UI in settings and tapped "sync now" to force all the items on an account to sync immediately. 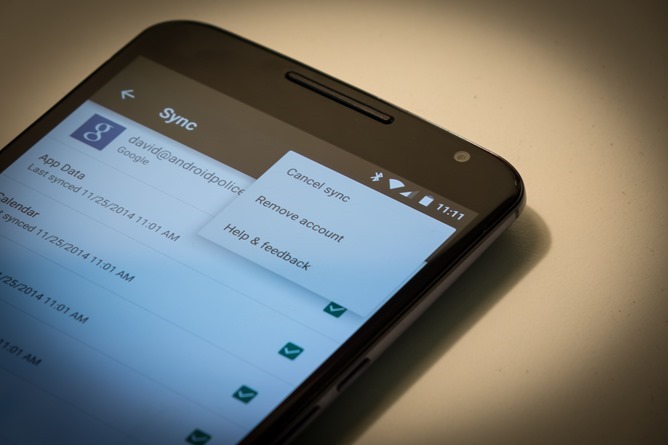 In Lollipop, this feature is still there, but good luck accessing it - whenever you hit the 3-dot menu where the "Sync now" option used to live, you'll just be greeted with a button that says "Cancel sync" instead. Even if none of your items show an active sync occurring. What does hitting the button do, in that case? As far as we can tell, absolutely nothing.

The reason we strongly suspect this is a bug is because if you uncheck and check an item in your sync list and then quickly go to the 3-dot menu, you'll see "Sync now" is back - briefly. Hitting it doesn't seem to do anything, though, and it quickly reverts to the cancel button regardless. Once an account is finished syncing, the 3-dot menu should look like the one pictured below on a Note 4 running Android 4.4 (this area isn't altered functionally by OEMs).

The issue has been reported twice to Google - here and here. Neither have been flagged as being investigated or otherwise addressed.

TuneIn Radio Gets Material Update In Addition To Chromecast Support