Update 3: Google claims the issue with Gmail is resolved.

Update 2: The issues appear to be resolving.

If you're experiencing slowdowns or failures to load in Gmail, Search, Drive, Maps, YouTube, or other Google services right now, you're not alone - there appears to be a relatively (geographically) widespread issue causing problems. 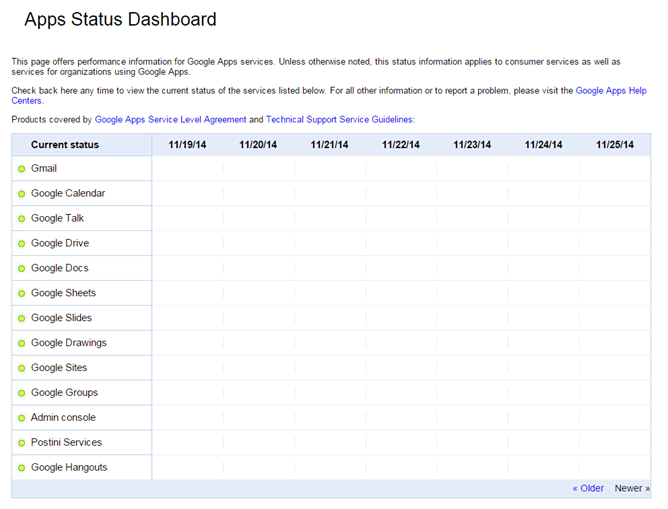 Google's own apps status site is still showing all green, though even that is loading incredibly slowly for me at the moment. The outage does appear to be regional in nature, but we haven't seen any areas seemingly more affected than others. Out here in Los Angeles, I'm getting problems with pretty much any Google site at the moment. We'll update this story if Google does acknowledge the outage, though they tend to take a while before that happens.

With Driver Destination, Lyft Offers Commuters A Way To Make Money On The Way To Work

Tip: Google Now Can Give You A Countdown To Some Events Based On Your Reminders