Now that the Nexus 6 has launched on three of the five announced carriers, it's time to do a little comparison. Nexus hardcores like their device pure, unlocked, and free of all carrier intervention and bloatware. The problem is, Google Play and Motorola both only sell the device at full price, which starts at $649 USD for a 32 GB model. A lot of people will no-doubt find it difficult to come up with that kind of cash all at once.

This is one of the big reasons why someone would instead choose to buy their Nexus 6 from a carrier. Providers are offering the Nexus 6 for a discounted price with a two-year contract, or offering 0% interest payment plans, making purchasing the phone a whole lot easier on their budget. Another big reason to pick up a device from a carrier is that they currently have stock. Google Play and Motorola are both experiencing inventory shortages, and it can be next to impossible to order one right now. Even if you do get your order in, there can be shipping delays of anywhere from a few days to a few weeks. On the other hand, you can walk into carrier stores right now and buy one.

With all that said, going the carrier route has pitfalls too. Depending on which one you buy from, your Nexus 6 may not be the bundle of unlocked, carrier-free joy that you had hoped. So far, Google's latest flagship Android phone has launched on AT&T, T-Mobile, and Sprint, so let's see who gets a gold star and who's going to detention. 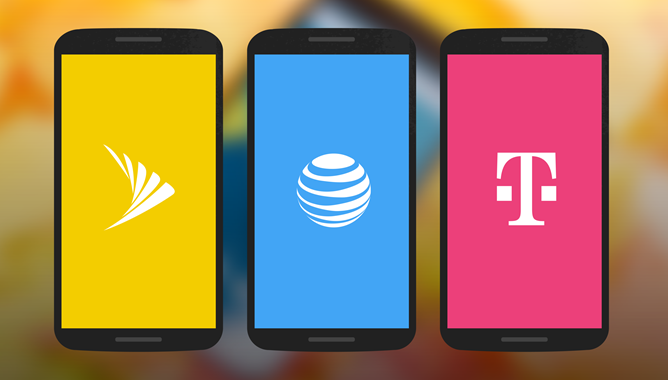 The Uncarrier is currently selling the Nexus 6 in stores and it has been verified that it is, for all intents and purposes, identical to the unlocked versions you buy from Google Play or Motorola. There is no SIM lock, no carrier branding, and no bloatware pre-installed.

That said, there is a new feature in Lollipop called Virtual Preload (VPL), which sets up the Play Store to download apps of a carrier's choosing during initial device setup. The advantage to VPL is that it makes the idea of pre-installing bloatware on the system partition obsolete. Instead, it just has the Play Store download it to your regular data partition, making it possible to uninstall any unwanted apps after setup, and actually have them be gone from your device rather than simply "disabled."

In T-Mobile's case, VPL is configured to download the carrier's My Account app automatically. This is not unique to the devices that T-Mobile is selling, though. VPL works based on SIM card, so no matter where you bought your Nexus 6, it will download that app if the device is rocking a T-Mobile SIM card. Des Smith, a product manager at T-Mobile USA actually took to Google Plus recently to discuss this very subject. 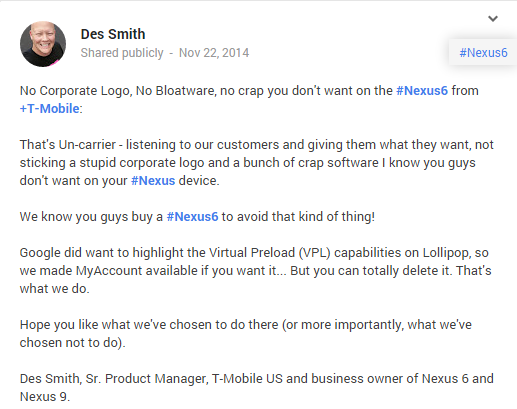 If you're a customer, you can rest assured that T-Mobile is selling you a device that is exactly the way Google intended it to be. If you aren't a customer, though, you may run into a problem. If you're just looking to just buy one from T-Mobile (because they have stock) that you can take to another carrier, the stores might not sell you one since you don't have an account. I have attempted to buy devices at full retail price several times from a couple of T-Mobile stores local to me, and every time, I was refused since I didn't have an active line of service.

As with T-Mobile, the Sprint version is, for all intents and purposes, the same device that Google and Motorola are selling. You're getting the best possible experience as there is no SIM lock, no carrier branding of any kind, and even better, absolutely no Sprint bloatware gets installed via VPL. This may have something to do with the fact that Sprint Zone (the company's equivalent to a "my account" app) requires system-level integration and thus is not available for download on Google Play. It comes pre-installed on the system partition of just about every Android device Sprint sells that isn't called Nexus, and it updates itself automatically. For that reason, it makes all the sense in the world that it's not installed via VPL. This will no-doubt give Nexus fans a reason to smile.

One interesting thing to note, and this applies to all US Nexus 6 devices regardless of where they were purchased, is that the phone includes Sprint's "hands-free activation" software built into the ROM. Anyone who has ever bought an Android device from Sprint in the last few years has no-doubt seen this software run during initial setup. The Nexus 5 actually used its own activation functionality for Sprint that was built into the standard Google welcome screen, but this time around, the company saw fit to include Sprint's app instead, for whatever reason. I don't see this as a negative or a positive, but I figured it was worth mentioning since I'm doing a comparison.

Another issue relating to activation is Sprint's whitelisting of MEID numbers. When the Nexus 6 first launched, the carrier would only activate devices that were purchased from Google Play or Sprint. Since that time, Motorola has given Sprint MEIDs for more variants, and you are now able to activate devices purchased from Motorola and AT&T as well. We have not yet been able to verify whether or not T-Mobile devices are in Sprint's database, though, so proceed with caution if you try to take a Nexus 6 purchased from Magenta to Sprint. Your device's MEID (which is just the IMEI number minus the last digit) may not be in Sprint's database, and if that's the case, you probably can't activate it. There have been occasional reports of Sprint adding one-off devices for activation, but don't bank on finding a rep or support tech that would be able or willing to do this.

As far as the idea of buying an unactivated Nexus 6 from Sprint and taking it elsewhere, that's most likely not going to happen because, like T-Mobile, Sprint seems to be allergic to selling devices to people who don't have accounts. With that said, if you decide to take a Sprint-purchased Nexus 6 to AT&T or T-Mobile in the future, you'll have no problem doing so.

The Nexus 6 is the first Nexus device AT&T has ever sold in its stores, and they wasted no time doing things to it that reek of, well, carriers. 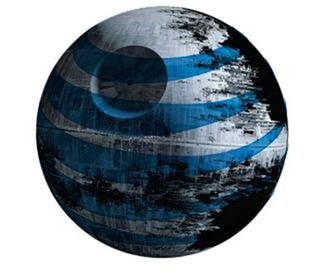 You know all those things I mentioned that were missing from both the Sprint and T-Mobile versions? SIM locks, carrier branding, bloatware downloaded via VPL, and the like? AT&T has it all. Most people who buy a Nexus 6 from Big Blue aren't going to care, but if you want a "pure" Nexus experience (which of course means different things to different people), don't even think about buying from AT&T.

In addition to a SIM lock, branding galore, and the company's suite of ringtones, AT&T (and Verizon apparently) also managed to talk Google and/or Motorola into baking a subscription check into the ROM at AOSP-level as a prerequisite for enabling tethering. Because it's built into the firmware, the hotspot check happens on any Nexus 6 that has an AT&T SIM card in it, regardless of where it was purchased.

Luckily, with the exception of the SIM lock, it's quite simple to de-AT&T your Nexus 6. All you need is root access, a steady hand, and a little bit of patience. To get rid of the SIM lock, you'll have to get the unlock code either by requesting it from AT&T after your commitment is fulfilled or by purchasing it from a third-party. Once SIM-unlocked, an AT&T version can be taken to Sprint or T-Mobile without issue.

Since Verizon and US Cellular have yet to launch their Nexus 6 variants, we have no way of knowing what changes, if any, will be made to stock sold by those carriers. Given Verizon's rocky history with the Nexus brand, it wouldn't shock me to see AT&T-like changes made, though that's purely speculation at this point. As for US Cellular, I wouldn't even begin to speculate since my research has shown me that this is the first unlocked device that it has ever sold in its history. It'll be interesting to see how that plays out.

Going back to the carriers that have actually launched the device, T-Mobile and Sprint get a gold star while AT&T is getting detention. To be fair, though, many will say that the AT&T version is "not a Nexus" because of the additions AT&T has made. I disagree with that wholeheartedly simply because a Nexus is whatever Google says it is. Even though AT&T has made plenty of additions, it's still the same ROM that every other device variant has, the bootloader is unlockable, and there is no reason to believe (at least as of yet) that Google intends to delay software updates to devices operating with an AT&T SIM card. We can argue semantics all day long, but I think we can agree that if you must purchase from a carrier, and want the "pure" experience Google intended, it's best to just buy it from T-Mobile or Sprint and save yourself a lot of hassles.