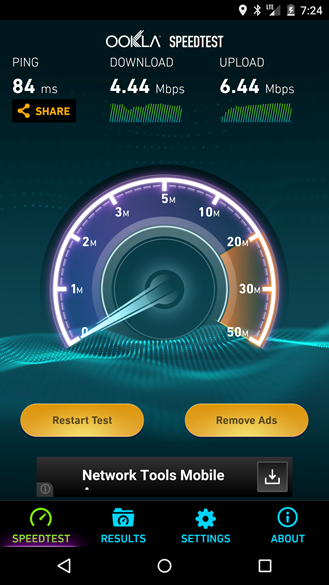 Here's the deal: T-Mobile offers a variety of plans and prices, including an unlimited data option (the real kind, not the AT&T kind). But for the lower-tiered plans, data itself is unlimited, but you only get a certain amount of high-speed LTE or HSPA+ data, after which you're limited to 2G speeds (128kbps at the fastest) until the end of the billing cycle, with no extra charges. To be fair, T-Mobile makes it clear that wireless speeds will be capped after you've used your data allotment. But in June, T-Mobile began to let certain websites and apps like Ookla's SpeedTest.net through at full speed, whether or not the customer using the test was actually given access to the faster bandwidth for other tasks. The FCC took exception to that. From the press release:

Currently, customers who have their speeds reduced after exceeding their monthly high-speed data cap cannot easily understand the results of exempted speed tests. When these customers run speed tests that T-Mobile has exempted from data caps, they receive information about T-Mobile’s full network speed, and not the actual reduced speed available to these customers at that time. The FCC was concerned that this could cause confusion for consumers and prevent them from obtaining information relevant to their use of T-Mobile services.

In the Commission's press release, it states that T-Mobile will begin sending text messages to customers when they hit their high-speed data limit, offer a test that accurately reflects their usable network speed, and place a link to the test on the phone itself. T-Mo will also try to make its terms more clear in the online agreements. But it's not quite as rosy as it seems: T-Mobile has also agreed to "Modify the text messages it currently sends to customers once they hit their monthly high-speed data allotment to make it clear that certain speed tests may show network speeds, rather than their reduced speed." That's a nice way of saying that T-Mobile isn't actually removing the free pass to its high-speed network for those speed tests.

It's nice to see T-Mobile play ball here, but I can't help but think they're only going to confuse a lot of customers by directing them to some tests and not others. Why not just go back to slowing down all of a customer's data, no matter what they're doing, after they hit the high-speed limit? The press release says that T-Mobile is beginning to implement these changes now, and will complete the transition within 60 days.

[Deal Alert] Motorola Offering 50% Off Music Accessories For 48 Hours, Including The Motorola Stream