As we all know at this point, Google was originally going to include double tap to wake on the Nexus 6 just like it did on the Nexus 9. Then for whatever reason, it was disabled a few months ago. The N6 supports this feature, but it's not turned on by default. If you're willing to root the phone, you can get it back super-easily. 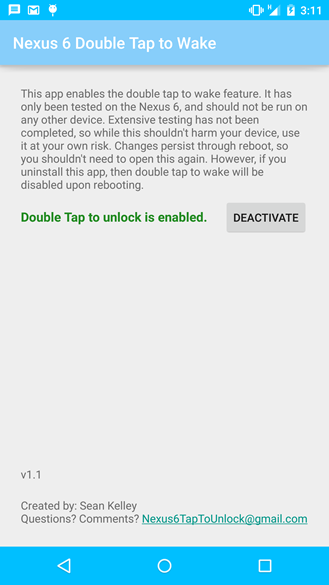 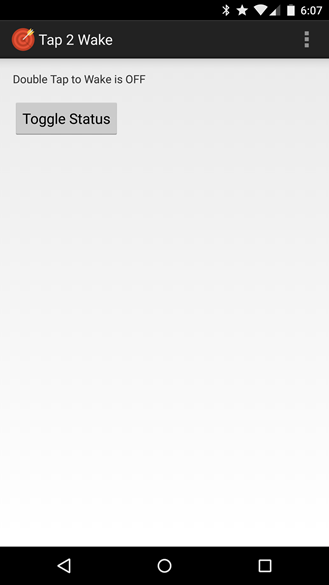 There are a few developers who have packaged up an APK that can re-enable tap to wake functionality. One is listed on the Play Store ($0.99) as well as via a free APK. The other is just an APK in the XDA thread. Both are now open source, which is nice seeing as they're going to access your system directory. All the apps actually do is write "AUTO" to /sys/bus/i2c/devices/1-004a/tsp. You can do the same thing manually with a command line, but the app is handy since the value is reset each boot.

The usual warnings about messing around with root on Lollipop still apply. You won't be able to get OTA updates if you root the phone. That means flashing system images or reverting root and any changes before each OTA. Also note that Google's tap to wake implementation isn't perfect. Sometimes it's a little unreliable, but it's not an officially supported feature.