IP infringement and the internet have a long and storied history. Never has it been so easy to share so much so quickly so anonymously - something any college student with a campus broadband connection generally discovered as an almost dorm room rite of passage from the late 90s onward. Music, films, television, games, and other software have long been the most-pirated content categories, in turn provoking varying degrees of legal response from the industries who own and distribute such content.

Smartwatches, though, could see the worlds of piracy and counterfeiting collide - and watchmakers aren't pleased. Richemont - owner of IWC, Cartier, and Panerai - has already begun sending cease and desist notices to websites hosting or linking to infringing smartwatch faces that clone the look of its products. Omega has done the same. Michael Kors, Tissot, Certina, Swatch, Flik Flak, Armani, Fossil, and Mondaine are all in on it, too. I'm sure Rolex will get rolled into that list shortly enough.

But how common are these ripoffs? I tried to find out.

Google Play is quite an easy place to distribute IP-infringing material, as we know - provided no one goes out of their way to rat on you. Take 'Rolex Android Wear WatchFace' which, at the time of this writing, had over 1000 downloads at a price of $0.99 each.

It has been on the Play Store at least a month. It blatantly copies Rolex's GMT-Master II watchface (even saying so in the description). A GMT-Master II starts at around $5000 on the used watch market, but new models can easily exceed $20,000. 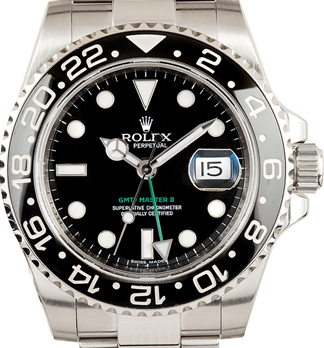 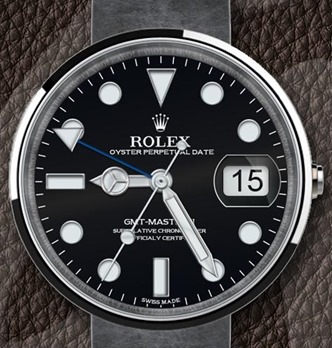 While obviously no one would ever confuse a Moto 360 for a Rolex, Rolex wanting to DMCA this person into oblivion is, I think we can all agree, perfectly reasonable.

Other faces are a bit more ambiguous in their legality, at least initially, like the Rofex Cellini (based on a $10,000+ watch), which claims to "take into account" copyright and trademark considerations before taking account of your $0.99. 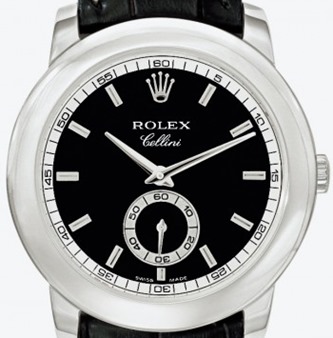 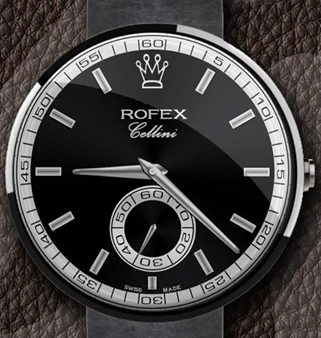 Well, no, it doesn't take account trademark. Changing the name of a company to an intentional misspelling does not a magic trademark defense make (ever heard of Koka-Kola? me either, because Coke would sue the crap out of them). And indeed, it does absolutely nothing at all on the front of design. The Cellini has a mere 100-500 downloads. It is made by the same developer as the slightly-more-ripoffy GMT-Master II.

This developer has a couple of other blatant clones, too.

Then there are those who are a bit more clever. I'm not a watch guy - I can't identify a watch by its look or hand style or other signature design flourishes, but Mad Mind either has a creative genius behind it using a slightly blurry version of Adobe Illustrator or is just savvy enough to replace the trademark logos with a customizable owner field. Granted, not all of his faces appear to be ripoffs, but a great many are, and he's racked up at least 1500 purchases of some of the more suspicious ones. 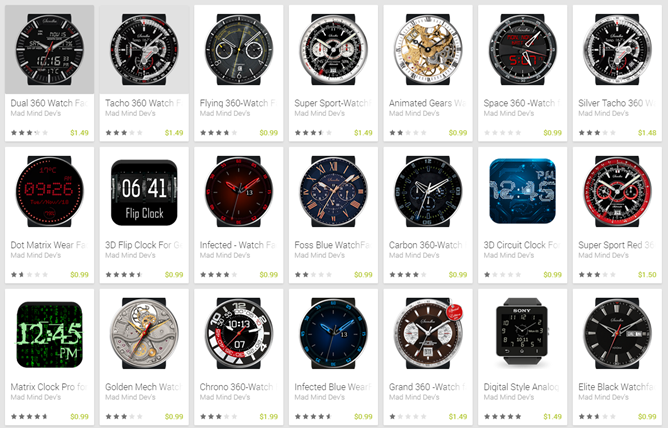 This, of course, is something that is unlikely to continue very long. Eventually, watchmakers will catch on to the Play Store shenanigans, and they'll start keyword policing, if they haven't already. But off in other corners of the internet, it's a different story.

FaceRepo is currently the most popular Android Wear watchface hub outside of the Play Store (though it technically links into the Facer app), and taking a look at the site's all-time top downloads, it's not hard to see why. Of the top 30, eight of the faces are blatant infringers with absolutely no attempt to conceal their origins.

FaceRepo does seem to have been cleaned out by Rolex and Omega, though, and in fact every other one of the companies I listed as being known complainers. So there is action being taken. But even so, homebrewing your own watchfaces is getting easier by the day, and if and when FaceRepo goes completely legit, there will of course be less legitimate sources that take its place, because Beyonce Rule.

And of course if smartwatches really take off, the counterfeit-facers will simply get more creative. Careful alteration of stylistic elements, removing trademark text, and other minor changes will make them much more difficult to police, and watchmakers will face the problem media and software companies have been for decades now: there is no real way to stop piracy. If the demand for the product is there, and it is feasible to copy and distribute the product, someone will inevitably copy and distribute it.

The solution proposed by some at this point is one we've seen every time piracy is raised as an issue: respond to market demand, in this case, by making official watch faces. The problem real watches face - no pun intended - is unique, though. Smartwatch faces are not something a company like Rolex, IWC, or Omega would distribute. In fact, it seems supremely unlikely to me that a company like Rolex will ever distribute smartwatch face designs. For that to happen, the smartwatch market would have to become so enormous that the profit potential would be impossible to ignore. As is? There's not even any sign that smartwatches will make it as a product category. In five years, they could be all but gone - we simply don't know.

If the smartwatch industry does go into a true boom, it likely will not even matter to the more successful watch houses. Luxury watchmakers will do what they have always done and ride on the value of the brand, perception of quality, and customer exclusivity. Watchmakers build products that are not merely timepieces, they are fine jewelry, fashion statements, wealth symbols, and family heirlooms. No one is going to hand down a Moto 360 - it's simply not the same kind of thing. Rolex has survived decades and millions of counterfeits, I really doubt they're worried about smartwatches at this point. They'll simply budget DMCA'ing into their bottom line.

And that is the big question: how will watchmakers go after these copies? Will end users be targeted? Will custom face-designing tools end up in lengthy legal battles? It's hard to know, as there are so many companies being infringed upon, one may act rashly for every ten that simply keep working to stem the tide at the source. That's something we'll have to see play out.

At the lower end of the market, though, I think there is vast potential for the Fossils, Seikos, Casios, Swatches, and Brauns of the world - watches that (generally) already sit comfortably in a price bracket below that of current smartwatches. Partnerships with established smartphone OEMs could yield truly interesting designs, too. The possibilities are certainly intriguing.

But the chance you'll ever see an official licensed Daytona face on the Play Store? About the same as picking a real one up off the street in Beijing.